This year marks 100 years since the start of the 1917 Bolshevik take over of eastern Europe that led to the mass rape, bestial torture and eventual cold blooded murder of 66 million Europeans.

In EUROPA – The Last Battle [Part 1] we are traveled back in time to relive this Revolution to understand the truth about this period of time that is one of the most covered up and lied about periods of European history. Now finally it is presented without censorship or sugar-coating lies. Filmmakers and historians have all kept their mouths shut about who actually were behind Communism and what Ethnic agenda they had, now the truth is out there for all to see.

The supposed rivalry between Marxist-inspired movements and capitalism has always been an illusion. Marxism, Communism and liberalism have been and continue to be exploited by international capitalist forces to further their global agenda, despite their surface disagreements. The ultimate goal of globalism is to create a worldwide collectivist society of consumers, and Marxism is merely one means of attaining this.

“You must understand. The leading Bolsheviks who took over Russia were not Russians. They hated Russians. They hated Christians. Driven by ethnic hatred they tortured and slaughtered millions of Russians without a shred of human remorse. The October Revolution was not what you call in America the “Russian Revolution.” It was an invasion and conquest over the Russian people. More of my countrymen suffered horrific crimes at their bloodstained hands than any people or nation ever suffered in the entirety of human history. It cannot be understated. Bolshevism was the greatest human slaughter of all time. The fact that most of the world is ignorant of this reality is proof that the global media itself is in the hands of the perpetrators.” 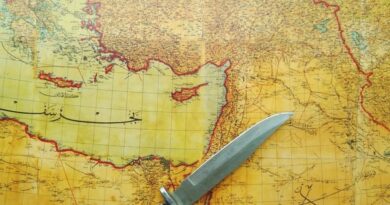