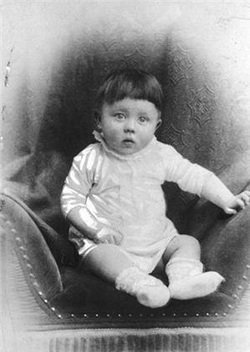 In this thread, we will be exploring the truth about The Third Reich, Adolf Hitler’s rise to power and the events leading up to World War 2, the most devastating European conflict in history. You will not learn this in school. The history of National Socialist Germany is perhaps the most obfuscated period in history, but the events during this era are vital in forming an understanding of what goes on to this very day.

Adolf Hitler is born in Austria to parents Klara and Alois Hitler, a simple, modest Austrian family. After both die, Adolf is left without any close connections or ties. However, he will go on to become one of the most influential figures in history.

Many years prior, in 1871, the newly formed German Reich, under Chancellor Otto von Bismarck, became one of the first European nations to grant citizenship to the Jewish population. German Jews benefited greatly from this and prospered in Kaiser Wilhelm’s Germany.

The New York Times is purchased by the German Jew Adolph Ochs. His daughter married Arthur Sulzberger, who takes over the business after Ochs’ death…

The New York Times becomes one of the first outlets to lay the claim of the apparent plight of 6 million Jews. This particular claim is of a Jewish genocide in Russia.

During World War 1, or “The Great War” as it is called, Kaiser Wilhelm is in a winning position, with no foreign troops on German soil. He makes multiple peace offers, all of which go ignored. It’s clear outside forces want the war to continue.

Bernays becomes a member of the Committee of Public Information. He later authored the book “Propaganda” which openly detailed the manipulation of public opinion through use of propaganda. Bernays became known as “the father of American propaganda.”

Germany surrenders after “the stab-in-the-back.” This occurred when Trade Unions go on strike depriving soldiers of supplies and weaponry. The press also prints defeatist, anti-war sentiment which lowered morale.

At the Paris Peace Conference, the Treaty of Versailles is reluctantly signed under threat of permanent ally invasion. The Treaty contains 440 clauses, most of which caused Germany’s complete ruin. At this time, Germans are still being killed under a hunger blockade.

The New York Times publishes another headline claiming 6 million Jews are facing extermination in Russia. Another similar claim is also made two years prior in 1919, as well as another 6 million claim in 1914.

Richard Coudenhove Kalergi becomes the founder of the “Pan European” movement with the aim of creating a united Europe, or “New Europe.” He is also an early proponent for the “dissolution of the peoples of Europe.” An engineered White genocide.

Due to the German Mark losing its value, Germany experiences hyperinflation. As the German currency continues to double every 2 days, the German Mark becomes so useless, it was referred to as “Jewish confetti.”

France invades Germany after they are late on reparation payments agreed upon by the Versailles Treaty. The French demand to be paid in timber and coal instead. They also occupy the Ruhr area to further humiliate the Germans. 132 defiant Germans are killed.

This, of course, angers the Germans and soon Hitler plans a coup at the behest of his followers. This attempted coup is initiated from Munich Beer Hall and all NSDAP members march together hand in hand. It is ultimately suppressed, however, and 16 men are killed.

Hitler is imprisoned in Landsberg prison, along with his loyal follower Rudolf Hess. It is here that Hitler writes “Mein Kampf” (My Struggle) in which he talks about his views, ideas, opinions and most notably calls out what he perceives as a Jewish controlled Weimar Germany.

Yet another claim of 6 million Jews facing extermination is published by The New York Times, this time facing “starvation.”

After his release from prison, Hitler turned his attention to politics and by this time the NSDAP is the largest party in the Reichstag, with over 100 seats. When Paul Von Hindenburg appoints Hitler as Chancellor, a Jewish boycott of German goods begins.

When Hitler comes to power, he:

The Jewish community declared an international boycott of Germany, as well as a declaration of war on her, which they called a “Holy War.”

The Washington Post goes backrupt due to the Depression and is bought up by Eugene Meyer, Chairman of the Federal Reserve (which ironically caused the Great Depression). With the WP, RCA & CBS Radio, TNYT and most of Hollywood under Jewish control, they shaped public opinion.

The Haavara Agreement is made, which was a deal made by Germany and Palestine, which transferred German Jews and their assets to the land of Palestine, now Israel. This actually negated some negative propaganda at the time. A coin was minted in commemoration of deal.

Churchill is brought back from the political graveyard by Jewish millionaire Bernard Baruch while Franklin Delano Roosevelt is installed as President. He proceeds to make The New Deal and grant diplomatic recognition to Joseph Stalin’s Soviet Union.

Operation Hummingbird, or “The Night of the Long Knives” as Jewish newspapers called it, was the suppression of an attempted Communist coup of Hitler’s government by Ernst Roehm. Many are killed or arrested.

The Polish leader Marshal Jozef Pilsudski is good friends with Hitler and after his death, wishes to maintain neutral relations with Germany, as proved in the German-Polish Non Aggression Pact.

However, after Pilsudski’s death, he is succeeded by Marshal Edward Rydz-Smigly, who was unpopular even with his Polish subjects and was known for his imperialist ambitions and ego-driven envisionments. It is Smigly that the allies will use to set the fuse of WW2.

Wilhelm Gustloff is killed by Jewish student David Frankfurter, after being shot multiple times. He is sentenced to 18 in prison but is later released after the war and lived the rest of his life in Israel. The Jewish “Holy War” is heating up.

In just 3 years, Hitler had transformed Germany in to the powerhouse of Europe and cleansed the degenerate nature of the Weimar Republic, which was no more. The German people were the happiest in Europe and by 1938, Hitler enjoyed a whopping 99% approval rate. Seeing the success of National Socialism in Germany, other countries attempt to emulate this same model of national revival. However, the Rothschild banking dynasty knew they must destroy this new Germany so their New World Order agenda can continue.

The New York Times claims of a Jewish “holocaust” in Germany, years before the war even kicks off!

Adolf Hitler pleads for peace to the rest of the world.

“I appeal to reason in international affairs. I want to show that the idea of eternal enmity is wrong. We are not hereditary enemies.”

The 1936 Olympics is hosted in Germany, despite many attempts by the Western media to re-locate it. Jesse Owens, african-american winner of 4 gold medals, was personally congratulated by Hitler himself. Jewish controlled newspapers, however, claim he was “snubbed.”

England’s King Edward VIII, who admires Hitler, is forced to abdicate his throne due to pressure after his relationship to Ms Wallis Simpson, still in a marriage, is brought to attention. This happens after an assassination attempt by Jerome Bannigan.

“I am certain through him (King Edward) permanent friendly relations could have been achieved if he had stayed, everything would have been different.”

Germany and Japan agree to the Anti-Comintern Pact, with Mussolini’s Italy joining the following year. This is a defensive pact between them to aid each other should the Soviet Union attack. Britain and Poland refuse to join after an offer.

The New York Times publishes, yet again, another claim of 6 million Jews being “persecuted.”

The Anshluss is Austria’s overwhelming decision to re-join Germany (99%!) in what they saw as an economic miracle. After the Austro-Hungarian empire was broken up by the Treaty, the Austrians were re-united. Western newspapers claims “Hitler seizes Austria.”

Lord Beaverbrook, a top newspaper in the UK, writes in a private letter:

“There are 20,000 German Jews in England – in the professions, pursuing research. They all work against an accommodation with Germany. The Jews may drive us into war.”

Poland’s Rydz-Smigly threatens to invade Lithuania if they do not establish diplomatic relations with Poland in 48 hours. Lithuania concedes to Smigly’s demand to avert war. You hear of German “imperialism” all the time, but never Poland’s imperialist tendencies.

The Sudetenland, or Czechoslovakia, is re-united with Germany, despite pro-Communist President Edvard Benes’ reluctance. Neville Chamberlain, the British Prime Minister, praises the reunification but is labeled an “appeaser” by the British/American press.

Time magazine runs the headline “America Gets Ready to Fight Germany, Italy and Japan.” Ironically, that same year, Hitler is named Time’s ‘Man of the Year.’

Kristallnacht, or “The Night of Broken Glass”, happens when young German diplomat Ernst Vom Rath is shot dead in Paris by a Polish Jew called Herschel Grynszpan. The Germans retaliate by destroying Jewish shops and businesses until Goebbels orders them to stop

One of the solutions Hitler makes in dealing with the “Polish Corridor” is asking Smigly for a referendum for East Prussians to decide if they want to re-unite with Germany. Hitler then proposes to build a mile wide path to re-connect Prussia and Germany.

This offer is ignored.

Britain seeks to form an alliance with Joseph Stalin, however Stalin refuses at this time. Instead, he signs the Molotov-Ribbentrop Non-Aggression Pact, which was a deal made between Germany and the Soviet Union to maintain neutral relations.

The press mock this deal.

Stalin, however, has other ideas. He knows Germany is too strong to invade at this point, so intends to first wait until Germany becomes weaker internally before attempting a Red Revolution.

The Polish-British Defense Pact is signed which guarantees British aid if Poland is ever attacked by another European country.

However, Britain has no real interest in protecting Poland and is simply using an imminent Polish invasion as an excuse for war with Germany.

In 1951, a book was published called “The Forrestal Diaries” which has a passage in which Chamberlain states:

“America and world Jews had forced England into the war.”

September 1st 1939: The previous incident, along with repeated ignored peace proposals and an increasing amount of German killings in Prussia, culminating in the “Bloody Sunday”, forces Hitler to invade Poland and re-claim Prussia by force.

If you would like to know more, please watch our documentary and share it to your friends and family! 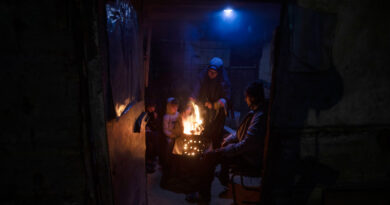 Long Marginalized, the Right of Return is Once Again a Palestinian Priority

LARGE FIBROUS CLOTS BEING SEEN IN OVER 80% OF PEOPLE Embalmer, Richard Hirschman explains how he’s seeing these large fibrous clots in the majority of his cases.

Ep. 1721 What’s Going On With The Bio “Research Labs” In Ukraine? – The Dan Bongino Show