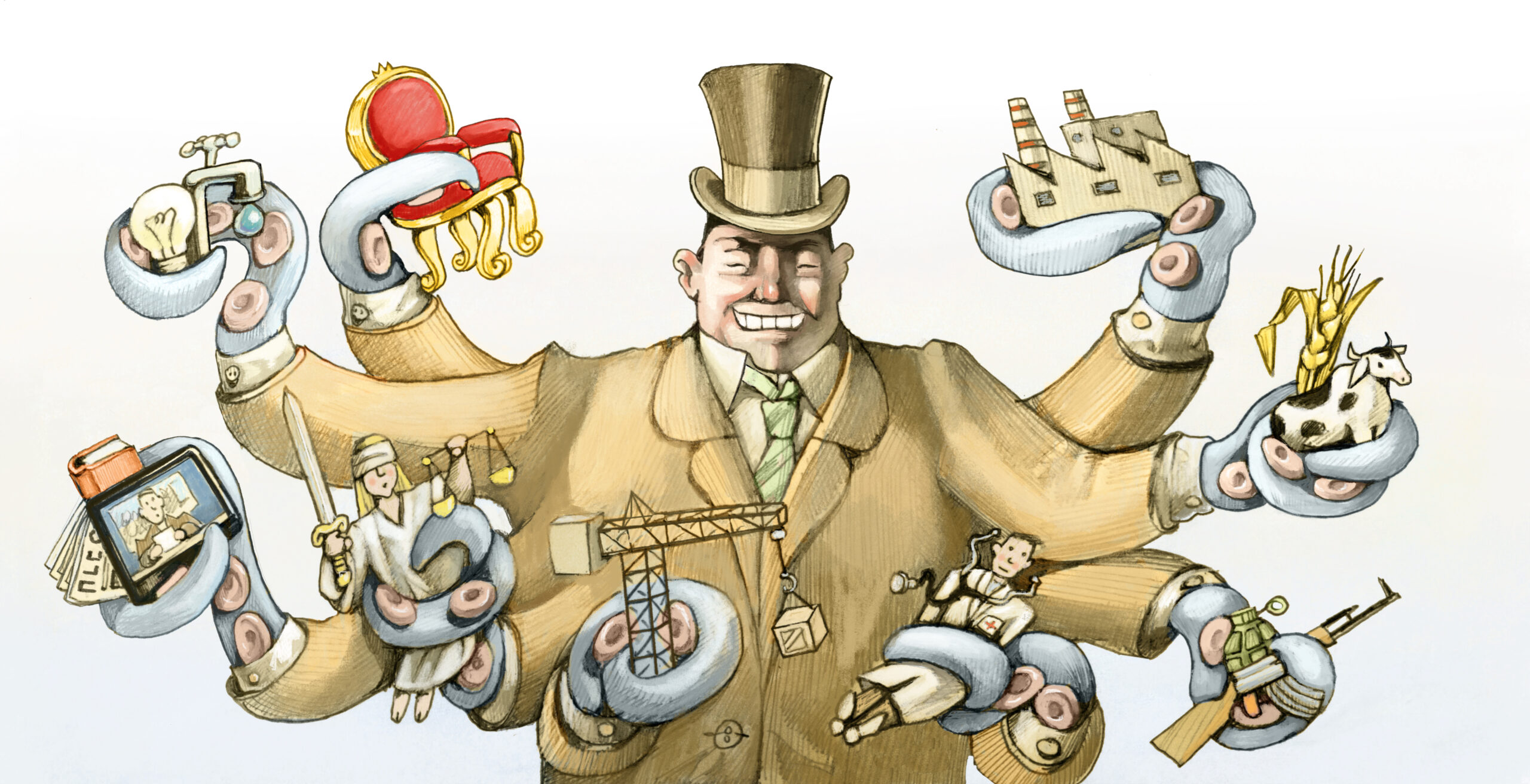 By Jason Hickel and Martin Kirk 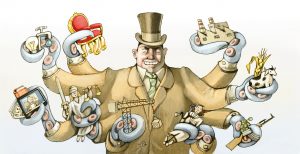 a capitalist rich wraps its tentacles so many sectors of society

In February, college sophomore Trevor Hill stood up during a televised town hall meeting in New York and posed a simple question to Nancy Pelosi, the leader of the Democrats in the House of Representatives. He cited a study by Harvard University showing that 51% of Americans between the ages of 18 and 29 no longer support the system of capitalism, and asked whether the Democrats could embrace this fast-changing reality and stake out a clearer contrast to right-wing economics.

Pelosi was visibly taken aback. “I thank you for your question,” she said, “but I’m sorry to say we’re capitalists, and that’s just the way it is.”

The footage went viral. It was powerful because of the clear contrast it set up. Trevor Hill is no hardened left-winger. He’s just your average millennial—bright, informed, curious about the world, and eager to imagine a better one. But Pelosi, a figurehead of establishment politics, refused to–or was just unable to–entertain his challenge to the status quo.

It’s not only young voters who feel this way. A YouGov poll in 2015 found that 64% of Britons believe that capitalism is unfair, that it makes inequality worse. Even in the U.S., it’s as high as 55%. In Germany, a solid 77% are skeptical of capitalism. Meanwhile, a full three-quarters of people in major capitalist economies believe that big businesses are basically corrupt.

Why do people feel this way? Probably not because they deny the abundant material benefits of modern life that many are able to enjoy. Or because they want to travel back in time and live in the U.S.S.R. It’s because they realize—either consciously or at some gut level—that there’s something fundamentally flawed about a system that has a prime directive to churn nature and humans into capital, and do it more and more each year, regardless of the costs to human well-being and to the environment we depend on.

Because let’s be clear: That’s what capitalism is, at its root. That is the sum total of the plan. We can see this embodied in the imperative to grow GDP, everywhere, year on year, at a compound rate, even though we know that GDP growth, on its own, does nothing to reduce poverty or to make people happier or healthier. Global GDP has grown 630% since 1980, and in that same time, by some measures, inequality, poverty, and hunger have all risen.

We also see this plan in the idea that corporations have a fiduciary duty to grow their stock value for the sake of shareholder returns, which prevents even well-meaning CEO’s from voluntarily doing anything good—like increasing wages or reducing pollution—that might compromise their bottom line.

Just look at the recent case involving American Airlines. Earlier this year, CEO Doug Parker tried to raise his employees salaries to correct for “years of incredibly difficult times” suffered by his employees, only to be slapped down by Wall Street. The day he announced the raise, the company’s shares fell 5.8%. This is not a case of an industry on the brink, fighting for survival, and needing to make hard decisions. On the contrary, airlines have been raking in profits. But the gains are seen as the natural property of the investor class. This is why JP Morgan criticized the wage increase as a “wealth transfer of nearly $1 billion” to workers. How dare they?

What becomes clear here is that ours is a system that is programmed to subordinate life to the imperative of profit.

For a startling example of this, consider the horrifying idea to breed brainless chickens and grow them in huge vertical farms, Matrix-style, attached to tubes and electrodes and stacked one on top of the other, all for the sake of extracting profit out of their bodies as efficiently as possible. Or take the Grenfell Tower disaster in London, where dozens of people were incinerated because the building company chose to use flammable panels in order to save a paltry £5,000 (around $6,500). Over and over again, profit trumps life.

What’s so exciting about our present moment is that people are starting to do exactly that. And they are hungry for something different. For some, this means socialism. That YouGov poll showed that Americans under the age of 30 tend to have a more favorable view of socialism than they do of capitalism, which is surprising given the sheer scale of the propaganda out there designed to convince people that socialism is evil. But millennials aren’t bogged down by these dusty old binaries. For them the matter is simple: They can see that capitalism isn’t working for the majority of humanity, and they’re ready to invent something better.

What might a better world look like? There are a million ideas out there. We can start by changing how we understand and measure progress. As Robert Kennedy famously said, GDP “does not allow for the health of our children, the quality of their education, or the joy of their play . . . it measures everything, in short, except that which makes life worthwhile.”

We can change that. People want health care and education to be social goods, not market commodities, so we can choose to put public goods back in public hands. People want the fruits of production and the yields of our generous planet to benefit everyone, rather than being siphoned up by the super-rich, so we can change tax laws and introduce potentially transformative measures like a universal basic income. People want to live in balance with the environment on which we all depend for our survival; so we can adopt regenerative agricultural solutions and even choose, as Ecuador did in 2008, to recognize in law, at the level of the nation’s constitution, that nature has “the right to exist, persist, maintain, and regenerate its vital cycles.”

Measures like these could dethrone capitalism’s prime directive and replace it with a more balanced logic, that recognizes the many factors required for a healthy and thriving civilization. If done systematically enough, they could consign one-dimensional capitalism to the dustbin of history.

None of this is actually radical. Our leaders will tell us that these ideas are not feasible, but what is not feasible is the assumption that we can carry on with the status quo. If we keep pounding on the wedge of inequality and chewing through our living planet, the whole thing is going to implode. The choice is stark, and it seems people are waking up to it in large numbers: Either we evolve into a future beyond capitalism, or we won’t have a future at all.

Dr. Jason Hickel is an anthropologist at the London School of Economics who works on international development and global political economy, with an ethnographic focus on southern Africa.  He writes for the Guardian and Al Jazeera English. His most recent book, The Divide: A Brief History of Global Inequality and Its Solutions, is available now.

Martin Kirk is cofounder and director of strategy for The Rules, a global collective of writers, thinkers, and activists dedicated to challenging the root causes of global poverty and inequality. His work focuses on bringing insights from the cognitive and complexity sciences to bear on issues of public understanding of complex global challenges.

VITAL JIM WILLIE INTERVIEW: THE STATE OF THE GLOBAL ECONOMY AND SITUATION UPDATE

Morgan Stanley: So What Does The ECB Do Next?