In what the BBC is unironically referring to as “a remarkable show of solidarity,” the US and more than 20 other countries have participated in the largest collective expulsion of Russian diplomats ever in history. The US topped them all with no less than 60 diplomats expelled, far exceeding the 23 diplomats expelled by the UK, the location of the alleged “Novichok” poisoning which the expulsions are intended as a response to.

This is just the latest gratuitous cold war escalation against the Russian Federation by the Trump administration, which will still remain plagued by accusations of Kremlin collusion despite this latest act and all the others preceding it. Those previous escalations include Trump’s capitulation to the longstanding neoconservative agenda to arm Ukraine against Russia, killing Russians in Syria as part of its regime change occupation of that country, adopting a Nuclear Posture Review with greatly increased aggression toward Russia and blurred lines between when nuclear strikes are and are not appropriate, sending war ships into the Black Sea “to counter Russia’s increased presence there,” forcing RT and Sputnik to register as foreign agents, expanding NATO with the addition of Montenegro, assigning Russia hawk Kurt Volker as special representative to Ukraine, shutting down a Russian consulate in San Francisco and throwing out more Russian diplomats in August of last year.

Isn’t it weird how when you ignore the narratives being promoted by both sides and just look at the raw behavior, being a “Putin puppet” looks exactly the same as being a dangerously aggressive Russia hawk?

As we’ve discussed previously, this “Novichok” poisoning was suspiciously inflicted upon an ex-spy who had been strategically irrelevant for many years, in a way that both (A) failed to kill him and (B) looks really Russian. Other intelligence agencies take out key strategic assets and make it look like an accident, but the FSB fumbles its assassinations while implicating itself.

These facts alone make it very hard to believe such an assassination attempt just so happened to occur at a time when the US-centralized empire is facing post-primacyand desperately needs a major turn of events to secure its dominance, but if you need further evidence the excellent Moon of Alabama blog has been doing a great job of pointing out all the gaping plot holes in the establishment narrative about the Skripal case.

And yet here is the US-centralized empire, collaborating to deteriorate diplomatic relations with a nuclear superpower without having seen a shred of reliable evidence. The empire has an extensive history of using lies, propaganda and false flags to manufacture public support for insane escalations that the people would otherwise refuse to consent to in order to advance elite agendas of global domination, and there is certainly no reason to go believing them about this new case.

Most important of all: is it a good thing or a bad thing that tensions are rising (again) between Russia and the west, that means of communications (such as diplomats and consulates) are eroding, and that Trump feels pressure to confront Kremlin to disprove domestic allegations?

But it’s working anyway. Democrats support each of these escalations because they suffer from the delusion that any attack on Russia is an attack on Donald “Literally Hitler” Drumpf, and Republicans consent to it because it’s being done by their president and they believe it helps fight the collusion narrative, which they fear will hurt them in the midterms.

Well I got news for you, snowflakes: if we all get nuked, there ain’t gonna be no midterms. Democrats won’t get Joe Biden riding in to the throne room on a white horse in 2020 after a completely uncontested primary. Republicans won’t get to see “Qanon” proven right as Trump delivers the final uppercut to the deep state and jails every Democrat and Never-Trumper in Washington for pedophilia. None of your weird political fantasies will ever come true if a world war erupts between nuclear superpowers, as it is looking increasingly likely.

Stop consenting to these escalations and insist on detente. Spread the word and fight the lies with truth. They wouldn’t be working so hard to manufacture our consent if they didn’t need it.

So refuse to give it to them. Fight the disinformation with information. Attack the propaganda machine at its weakest points, and never stop throwing punches. Remain agile and willing to switch tactics on a dime. Refuse to fight the empire on its terms. Be unorthodox. Break the rules. Hide brass knuckles in your boxing gloves. Think outside the box, keep throwing gravel in the gears of the machine, and never give these bastards time to establish a dominant narrative.

If we are creative and relentless enough, we can disrupt the propaganda machine so much that the spell of believability falls away, and instead of being paced into consenting to world war for the preservation of imperial hegemony, we can shrug off the old mechanizations of manipulation and control and build a new world together.

Fight their lies. Be aggressive, be creative, and never, ever give up. If these pricks are going to drive our species into extinction, the least we can do is make it hard for them.

Thanks for reading, clear-eyed rebel. My daily articles are entirely reader-funded, so if you enjoyed this piece please consider sharing it around, liking me on Facebook, following me on Twitter, bookmarking and getting on the mailing list for my website, checking out my podcast, throwing some money into my hat on Patreon or Paypal, or buying my new book Woke: A Field Guide for Utopia Preppers. 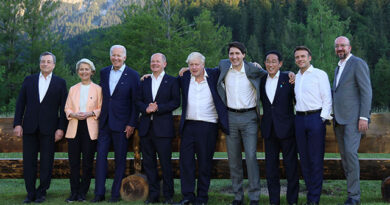 White House Says Families Must Accept Pain At The Pump to Fight Putin: ‘This Is About The Future of The Liberal World Order’ 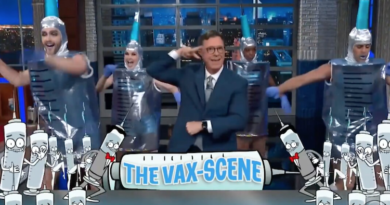 One thought on “Worst. Putin Puppet. Ever.”