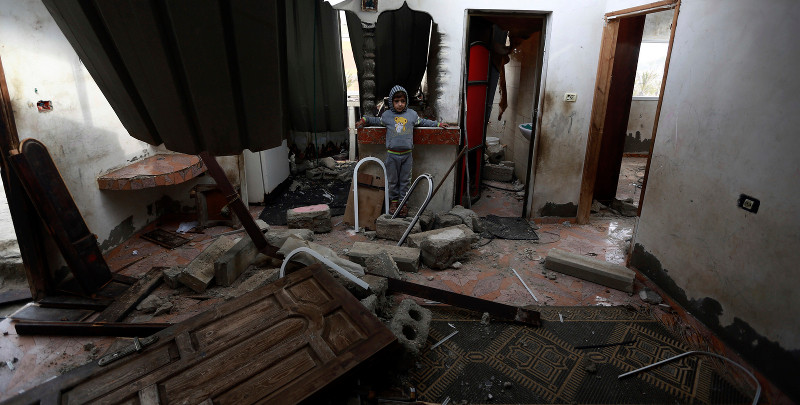 Altnews editor’s comment: The biggest and most unfathomable mystery to me is how otherwise apparently decent people and their politicians and governments completely turn a blind eye to what, to me, appear to be the most despicable crimes against humanity ever committed by a (self proclaimed) democracy.

Traditionally this sort of stuff is done by authoritarian rulers and dictators. Nazi Germany comes to mind, Pol Pot with his Khmer Rouge, Stalin with his Bolsheviks, Mao Tse-tung and his Cultural Revolution. We could go on but you get the drift. All vicious dictators and criminals.

Then we have this hallowed democratic state created in 1948 by the British on stolen Palestinian land, as some sort of compensation for the ‘good’ deeds supposedly performed by a shadowy and secretive group called Zionists, or so the Balfour Declaration proclaims anyhow. Since then we have witnessed dictator after dictator masquerading as democratically elected leaders waging genocidal war on a genetically Semitic people, the Palestinians, the original inhabitants of their occupied lands.

How can it be that the rest of the so called civilised world continues to condone and even support this despicable and inhumane behaviour? How can it be that no western leader speaks out against the continuing violence? They must be under some Satanic spell. Surely?

#Gaza does not have an air force, does not have air defenses of its own, and in essence represents 2 million #Palestinians trapped in what is widely regarded as an open-air prison, which is predicted to become uninhabitable in less than two years.

THE GAZA STRIP — (Analysis) With close to zero media coverage, particularly any analysis that is critical of the Israeli government and its policies, Israel has continued to pound the Gaza Strip with air strikes since the beginning of this year.

In a separate report, MintPress News has documented the various human-rights abuses that Israel has unleashed on the Palestinian people in recent times, particularly in the Gaza Strip. But one would be hard pressed to find any serious media coverage of the fact that, despite the overwhelmingly harsh conditions that Israel has inflicted on the Gaza Strip, it still routinely delivers sophisticated bombs to maximize the suffering.

The United States is not a passive player in this particular conflict, which shows no signs of de-conflicting in the near future. According to #Human_Rights_Watch, the U.S. taxpayer paid to Israel $3.1 billion in military aid in 2017 alone.

In January of this year, Israel’s National Security Council allegedly warned members of the #Knesset’s Foreign Affairs and Defense Committee that the #International_Criminal_Court (ICC) could open an investigation at some point this year into the 2014 war on Gaza (as well as Israel’s illegal settlement constructions).

Despite this warning, Israel has continued to bombard the Gaza Strip with airstrikes, receiving little to no condemnation from the international community or the media. One needs to bear in mind that Gaza does not have an air force, does not have air defenses of its own, and in essence represents 2 million Palestinians trapped in what is widely regarded as an open-air prison, which is predicted to become uninhabitable in less than two years.

In 2014, Israel’s bombardment of Gaza led to the displacement of thousands of people. According to Human Rights Watch, there are still some 29,000 people who had lost their homes at the time and who remain displaced to this day.

A brief timeline of strikes in 2018 In early January of this year, #Israeli_airstrikes targeted a site in the Gaza Strip in a night-time raid, allegedly in response to Palestinian rocket fire. No substantive details were provided regarding who or what was targeted, and whether or not there were any casualties. In turn, the rocket fire from Palestinian territory, a significant portion of which was intercepted by Israel’s Iron Dome defense system, was reportedly in response to U.S. President Donald Trump’s decision to declare #Jerusalem as Israel’s capital city.

Even Reuters acknowledged that in the course of close to four years of relative quiet from Gaza, it is Donald Trump’s Jerusalem decision that has accounted for at least one third of Gazan-based rocket attacks.

In mid-January, Israel continued its aerial bombardment of Gaza, using a combination of airstrikes and other unspecified means to reportedly destroy a tunnel stretch from the Gaza Strip and continuing into Egypt.

In mid-February, Israel launched a barrage of airstrikes on Gaza, hitting up to 18 Hamas targets right throughout the weekend. At the time, the BBC acknowledged that a rocket from Gaza struck near a house in the south of Israel but that there were no casualties. When it comes to reporting on Israeli airstrikes in Gaza, there is no such scrutiny or documentation of civilian casualties.

That being said, Gaza medics said they had retrieved the bodies of two 17-year-old Palestinians killed by Israeli tank fire during the incident, but these casualties were barely highlighted anywhere else, according to Reuters.

Furthermore, the Israeli barrage was such that #Haaretz reported Israel and Gaza were looking at the “biggest flare-up” since #Operation_Protective_Edge in 2014, which allegedly killed over 2,000 Palestinians at the time and displaced tens of thousands more.

The #Jerusalem_Post also warned that, according to IDF Chief of Staff Lt. Gen. #Gadi_Eisenkot, a war with Hamas could take place this year if the Palestinian humanitarian situation is not improved upon. This in spite of the fact that the Post also intimated that Hamas has no will to fight against the IDF after the war in 2014.

Not long after this latter assault, Israel then conducted 10 airstrikes on Gaza’s agricultural land.

On March 18, Israeli media reported on yet another aerial bombardment in central Gaza. This time, the strike was allegedly in response to the placement of explosive devices on the border fence.

Over the past weekend, Israeli planes carried out further airstrikes in the southern Gaza strip, allegedly in response to a group of four masked Palestinians who had entered Israeli territory and attempted to destroy military equipment. Right now, the Israeli military is working on completing a security barrier, specifically designed to counter border-crossing attack tunnels that certain groups have used against IDF troops.

“The #IDF will continue to thwart all attempts to harm the State of Israel and will respond severely against those who wish to harm Israeli civilians,” the IDF tweeted, adding that “Hamas is held responsible for all aggression coming from the Gaza Strip. Security services inspect the site of an explosion that occurred as the convoy of Palestinian Prime Minister Rami Hamdallah entered Gaza from with Israel, on the main road in Beit Hanoun, Gaza Strip, March 13, 2018. (AP/Adel Hana)

Israel is now well known for its infamous policy of assassinating people with whom it disagrees. Much like its “secret” nuclear weapons supply, it used to be the case that Israel was suspected of conducting assassination attempts throughout the world, but not that these allegations had actually been proven. Nowadays, the Israeli assassination enterprise is openly talked aboutwithout dispute, even while Israel has admittedly targeted scientists and researchers who have committed no crime of any sort.

On March 14, 2018, Al-Jazeera reported that an “explosion” targeted Palestinian Prime Minister Rami Hamdallah’s convoy, wounding several security guards but leaving him unharmed. The attack occurred shortly after Hamdallah’s convoy passed through the Israeli-controlled Erez checkpoint in northern Gaza, as confirmed by an Al-Jazeera correspondent at the scene.

Hamdallah was in the process of inaugurating a wastewater-treatment plant in Hamas-run Gaza, which has been battling with a water supply that is 97 percent contaminated by sewage and salt as a direct result of Israel’s brutal policies.

It seems more than clear that the explosion was not an Israeli air strike, and the West Bank-based political party Fatah was quick to blame Hamas for the attack. However, even prominent Israeli outlet Haaretz reported that Hamas “could not have any interest in attacking senior Palestinian Authority officials on their way to inaugurate a sewage treatment plant that residents of the Gaza Strip have long awaited.”

Unsurprisingly, Hamas accused Israeli intelligence of the assassination attempt – which, may not be completely unlikely with Israel’s over 2,700 assassination attempts in just 70 years of existence as a state. It is also worth noting that the convoy had just passed through Israeli-controlled territory; as well as the fact that the White House had also just held a conference on the humanitarian crisis in Gaza that was not attended by any Palestinian officials, who had rejected the invitation.

Now, no members of Hamdallah’s government are reportedly interested in making the trip to Gaza in the short term “due to the security problems.” In order to understand the true motives of the attack, one has to look at who benefits from such a scenario in order to try to make sense of the assassination attempt and its outcome. In the resulting scenario, the status quo has been maintained, whereby the Palestinian people can continue to live under harsh conditions without basic human rights such as clean water, as attempts to provide decent services to Gaza continue to be thwarted and/or disrupted.

Prediction of what’s to come Perhaps Israel’s bombardment of Gaza, combined with its brutal blockade, criminally low flow of electricity and devastated water supply — culminating in a complete humanitarian disaster — as well as Donald Trump’s declaration of Jerusalem as Israel’s capital city, are all rooted in a desire to provoke a response from the Gaza Strip.

How long will Hamas continue to take Israeli strikes to its positions without a response? And how long will Israel’s Netanyahu tolerate internal criticism? There is no guarantee.”

Things are slowly but surely building up and if the situation does not materialize in a devastating conflict any sooner, the issue will more than likely explode around May 14 this year, the official date for the planned U.S. embassy move to Jerusalem — set to coincide with Israel’s date of independence, May 14, 1948.

In reality, however, May 14 promises to be one of the most catastrophic events to rock the Middle East this year. On May 15, one day later, the Palestinian people will observe Nakba Day (which literally means “catastrophe”), as they do every year. For the Palestinian people, May 15 is the day that symbolizes the expulsion of hundreds of thousands of Palestinians from their ancestral homes, and it is often rife with emotion, hatred, and anger.

On Friday this week, IDF forces killed 12 Palestinians and injured hundreds more, who they claimed were “rioting.” This may be a worrying sign of things to come, particularly for the major protests already set to take place in May this year.

While the world ignores Israel’s routine bombardment of Gaza, the truth is that there is something far more sinister on the horizon. Right now, Israel is preparing for war on multiple fronts, and a grand war may be the only thing that can save thescandalous political career of its current prime minister.

Darius Shahtahmasebi is a practicing attorney with an interest in human rights, international law, and journalism. He is a graduate of the University of Otago, where he obtained degrees in Law and Japanese. Follow him on Twitter at @TVsLeaking.

Stories published in our Daily Digests section are chosen based on the interest of our readers. They are republished from a number of sources, and are not produced by MintPress News. The views expressed in these articles are the author’s own and do not necessarily reflect MintPress News editorial policy. 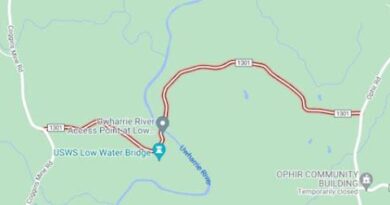 How Ukraine’s Jewish President Made Peace With Neo-Nazi Paramilitaries