Revolution? I have never understood the real value of that concept. You make a 360 degree turn, cause a lot of pain and suffering in the process and you are back precisely where you started.

Ok, you may have fresh new bunch of guys and gals at the top but you will still need a well operating public service to keep the thing going. Where are you going to find those? Among your fellow revolutionaries? From the left? From the right? Or from the Up and Down. Will they be suitably qualified and experienced? I suspect that you will simply (have to) invite the old and experienced bureaucracy  back to prevent the whole thing from falling apart and descending into chaos.

That is exactly what happened in France, Hungary, Cuba and, I would imagine, a score of other nations ‘liberated’ by a bunch of enthusiastic and dedicated revolutionaries. Good on them. Pity it did not work out.

While Caitlin Johnstone has done a great job at analysing the current and visible situation, I am afraid even a ‘Non-Ideological Revolution’ is not going to be sufficient to get to the core of the problem and fix it.

Now what I propose may be the only way out of the self limiting, fatally flawed mess mankind finds itself in, but, I suspect, it will be derided and ridiculed by the nay-sayers, non-thinkers, the sheeple and the debt-slaves that desperately cling to the empty promises and false hopes they have been programmed and brainwashed to believe in and so desperately strive for.

Maybe that will be the Evolution that will see us all rise above the mayhem and sinfulness of the self-indulgent era we must leave behind if mankind is going to survive at all.

With all this in mind, lets see what Caitlin Johnstone has to say in her imitable and unique way. Maybe our positions are pretty close after all?

This Revolution Is Non-Ideological

By Caitlin Johnstone, published on 06 April 2018

I don’t write about #socialism much. I’ve been a socialist my entire life and always vote as far left as the ballot will let me go, and that worldview certainly informs the way I think and write about the world issues I tend to focus on. But I don’t write much about socialism itself, or any other #ideology for that matter.

This is because the revolution that I am always pointing to here is necessarily non-ideological in nature.

This revolution is non-ideological because the enemy that we are fighting does not have an ideology of its own. The nationless plutocratic power structure that is choking us all to death is not intrinsically socialist, #capitalist, #liberal, #conservative, #libertarian, #progressive, #Zionist, #white_supremacist, or anything else. It will use any or all of those ideologies at any given time to manipulate people toward supporting its agendas, but the rulers of the western empire ultimately do not care about any of those things. What they care about is maintaining and expanding their power, and they’ll cheerfully wave a rainbow flag today and a Nazi flag tomorrow in order to get it.

A study published last month by Public Opinion Quarterly found that Americans are far more divided by the political “teams” they identify with than they are by the actual ideological policies those teams theoretically represent. The most powerful nation on the planet is split into two widely-divided tribes who are far more interested in screaming and shaking their fists at one another than they are in advancing the actual policies their respective tribes pretend to care about.

Someone’s benefiting from this model, and it isn’t you. It is tempting to try and elevate our personal ideology to a greater importance than it actually possesses here. I am tempted to say that money both rewards sociopathic behavior and translates directly into political influence, which led us to our current situation wherein we are ruled by sociopathic plutocrats. A libertarian would likely counter that it isn’t money that’s to blame but a hyper-inflated government whose excessive power can be exploited by corrupt corporatist interests. Meanwhile the real enemies of humanity are manipulating and shaping that debate in a way that always benefits them.

An effective revolution against this ruling power establishment will look exactly as “ideological” as a good puke after a night of heavy drinking. It won’t look like Marxism or anarchism or any other -ism rising to replace the current model; it will look like a species expelling a pathogen. And that’s exactly what it will be.

We are not in a fight of warring ideologies at this time. Right now we are under the jackboot of a sociopathic class of elites who use propaganda to manipulate the way we think and keep us divided against each other. We are being bombed by war planes and we’re at each other’s throats arguing about whether swords or battle axes are best for fighting back.

Ultimately what we are pushing towards is not an ideological revolution but a biological healing process, in which our species learns to collectively expel from its operating system the power-serving mind viruses inflicted upon it by the ruling elites via media psyops. We will necessarily have to collectively find a way to eject the propaganda narratives which have us either cheering for Trump to escalate tensions with Russia and Syria or cheering for him to cut taxes and regulations on US oligarchs while accepting a model where no matter who leads the official US government you wind up with neoliberal Orwellian oppression at home and neoconservative slaughter and nuclear brinkmanship abroad. 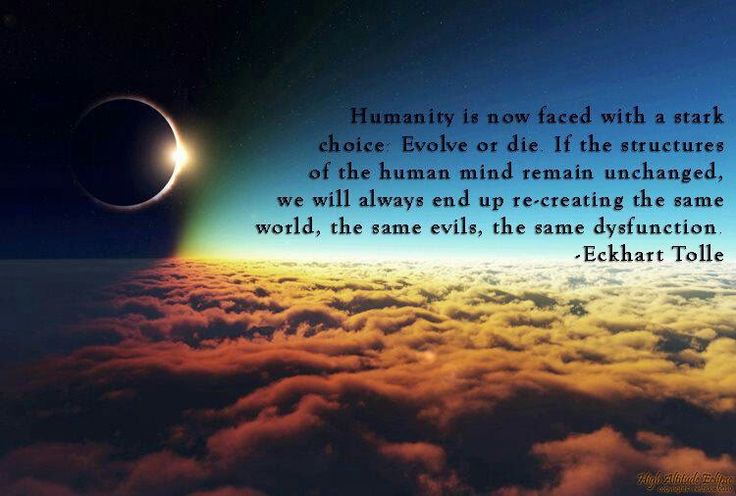 And I personally believe we’ve got a very real shot at that. Experience has taught me that humanity is capable of far more than our culture and our sciences tell us right now, and a quick glance tells me that we are in a situation that has never before been seen in our planet’s history. Billions of human brains are now networked through the internet, giving us the ability to bring aspects of our world into consciousness that have never before been clearly seen or understood.

And I think that’s what the great puking up of the current paradigm will look like, if and when it comes. I think it will look like an increased awareness of the power structures that have come to rule over us as they expose themselves more and more trying to maintain control of a world that is changing far more rapidly than their rigid minds full of dead thought patterns can keep up with. Maybe it will culminate in an official call for a third world war between the western empire and the allied nations who refuse to fall in line, to which humanity will collectively say “Nah, we’re not doing that. You’re done here.”

Either way, that’s how I picture this resolving itself. Not with some collection of thoughts assembled by academics about which system is most conducive to human thriving, but something deep waking up within us and saying “NO!” to our shackles.

As near as I can tell that’s the only chance we’ve got. We obviously can’t count on the same power establishment which decimated Iraq, imprisoned Assange, set up Orwellian surveillance systems and works to censor the internet, so it’s going to have to come from the great collective, which we can’t reasonably expect to wind up on the same page ideologically any time in the near future.

We’re going to have to find that primal spark within us which has existed since long before civilization itself, that spark which drives animals to escape from cages and leap with joy once they find themselves under the open sky, and throw off the mental prisons that have been boxed around our heads for the convenience of our rulers using mass media propaganda.

None of this is to say that there is no value in having a personal ideology and caring about the specific ways that humanity will move toward health. It’s good to have those conversations, and once we get out from underneath our oppressors and have a shot at building a new world they will become even more important.

But also, keep an ear to the ground for something deeper. All beings desire to thrive and be free, and there is something within all of us that the cultural engineers cannot cage. Listen within yourself for that primal howl, and help cultivate its awakening in the world.

You are a big fish in a small pond.

You are a big fish in a small fish tank.
A celestial leviathan at the apex of evolution
imprisoned in an artificial box that was manufactured in a sweat shop.

We are gods in cages
made of insurance commercials and war propaganda.

The feral behemoths are growing weary of their chains
which hang from their necks like overboiled spaghetti.
Soon oceans of wolves will howl from their chests,
and the brain boxes will burst like soap bubbles,
and the dull gaze of the manipulators
will be met with the savage eyes of every species that has ever lived.

The propagandists have been perfecting their sick science
for about a century, give or take.
Your cells have been mastering this dance for 3.5 billion years.
Your atoms have been at this since the birth of the universe.
The fight between the primordial beast and the mental diddlers
is not a fair one.

I can hear the braying.
The yowling and snarling.
It is growing louder and louder.

Go take your hand and place it on the earth, O hominid.
This is your home.
That is all the permission you require.

The primal eyes snap open.
They outnumber the stars.

Internet censorship is getting pretty bad, so best way to keep seeing my daily articles is to get on the mailing list for my website, so you’ll get an email notification for everything I publish. My articles and podcasts are entirely reader and listener-funded, so if you enjoyed this piece please consider sharing it around, liking me on Facebook, following my antics on Twitter, checking out my podcast, throwing some money into my hat on Patreon or Paypal, or buying my new book Woke: A Field Guide for Utopia Preppers.