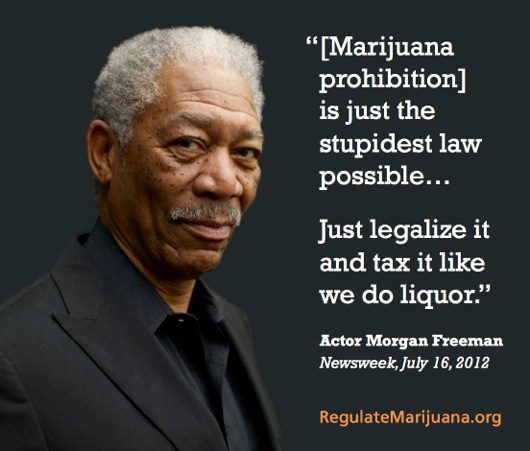 Altnews editor comments:
Critique of a proposal to legalise cannabis:

Wow, what a ‘#progressive’ proposal made by the Australian Greens. At first sight that is, because when you look at the detail of the proposal and think about it clearly, then you realise that, as always, the #devil is in that detail and the Greens’ proposal is full of those devils. So many devils in fact that I don’t think many could support it in its current form at all.

Sorry Greens but it appears to me that your proposal to ‘legalise cannabis’ is just another ploy to reduce our freedom and freedom of choice and to enslave us even further?

To be frank, this all sounds so much like just another #Cultural_Marxism wet dream to me. Is it Greens? Are you bold enough to openly admit your hidden agenda?

Because your proposal certainly does nothing to enrich society, enhance personal freedom, cure many more diseases or stimulate innovation.

PS. I must dig up and transcribe the proposal to decriminalise Cannabis I authored in 1992 as part of my platform to take to the Federal Senate, if elected.  I believe my proposal still beats any other I have seen: with more freedom, more innovation, more cures, more tax revenue, no criminal involvement and no government coercion. 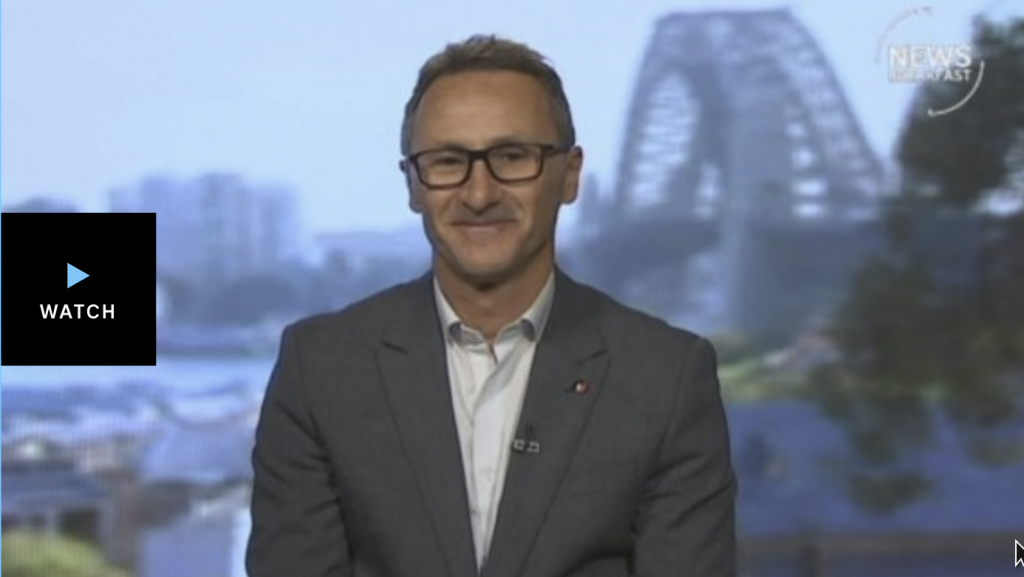 VIDEO: ‘The war on drugs is a war on people’: Senator Di Natale announces plan to legalise cannabis(ABC News) (05:22)

The Greens want to legalise cannabis for Australians over the age of 18, in a bid to take the drug out of the hands of criminal dealers.

Senator Richard Di Natale argued his party’s proposal would not result in the widespread sale and use of cannabis, and claimed there would be strict regulations on sale and production.

As part of the plan, an agency would be created to be the sole wholesaler of cannabis, as well as the outlet responsible for issuing licenses for prospective growers and retailers.

“As someone who was a drug and alcohol doctor, I’ve seen how damaging the tough on drugs approach is to people,” Senator Di Natale told Channel Ten.

“We’ve got to have a much more tightly controlled and regulated environment.”

The Greens have urged Australians to look to the United States, Spain and Uruguay as examples of legalising cannabis leading to a drop in drug-related crime, and argued it could also provide welcome revenue through the taxation system.

Who can get medicinal marijuana? 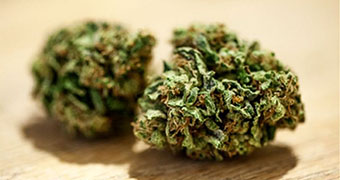 The Federal Government has approved the sale of medicinal marijuana, but it still won’t be easy for people to get a prescription.

Under the minor party’s plan, there would be strict penalties for people caught selling cannabis to minors.

Adults would be allowed to grow up to six cannabis plants for personal use.

Senator Di Natale said it was more harmful to continue banning the use of cannabis, and called on Australia to “get real”.

“Nearly 7 million Australians choose to use cannabis,” he said.

“That choice can land them with a criminal conviction, which can impact their opportunity to get an job.

“They’re sourcing products of unknown quality and purity, and of course all they’re doing is feeding the mega profits of criminal syndicates and criminal gangs.” 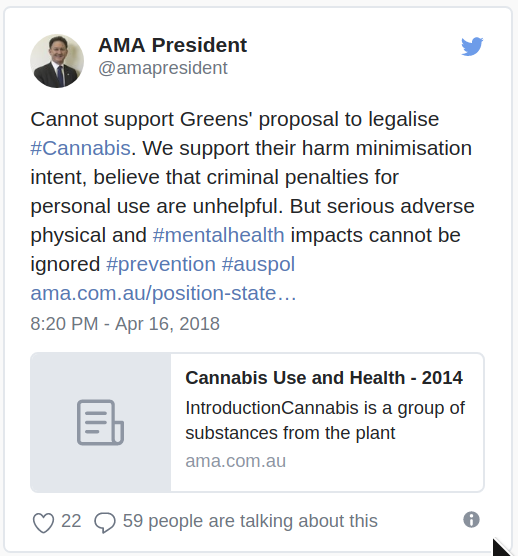 The Australian Medical Association (AMA) said it could not support the Greens’ plan because of the serious physical and mental health impacts of cannabis use.

Mr Palmer maintained that while he was not generally a supporter of Senator Di Natale’s party and policies, he did see merit in the idea of decriminalising cannabis.

“The very nature of law enforcement, when you have it focused on this sort of ‘use and possess’ crime or activity, is that it will discriminate against people that are most vulnerable,” he told the ABC’s AM program.

“People most likely to come to notice of police are Indigenous people, homeless people, people who suffer mental health and other health related problems, including people like Vietnamese vets.

“We’re not winning the war against drugs with the process we’re using at the moment. We can’t possibly win it.”

Not all law enforcement experts agree.

“They may have an inability to function or work, and I think they’re the problems that we should be concerned about when people move to make cannabis more widely available,” he told AM.

“They are very significant and trying to get adequate help, even today, without decriminalisation is very, very difficult.

“I would be concerned that parents would be left with nowhere to turn if the services are not in place as a result of this proposed policy.”

The Greens argue tax revenue from cannabis sales would be spent on mental health services, but the party has not specified how much money could be raised or how much would be spent in the sector.

URGENT: Deaths are soaring in one of the world’s most highly mRNA vaccinated areas 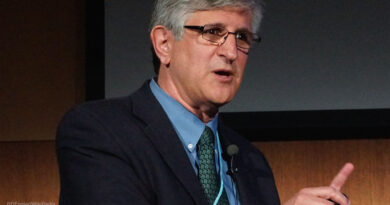 We FINALLY found a vaccine that Paul Offit doesn’t endorse: the “bivalent booster” for covid