The world’s largest retailer of diamond jewelry is set to join the blockchain program Tracr, according to a press release recently released by De Beers Group. Signet Jewelers joins a project that aims to provide transparency, consumer insight, and efficiency throughout the industry.

According to Cointelegraph, Signet Jewelers is the number one diamond retailer in Canadian, American, and British markets. They made over $3.8 billion in diamond jewelry sales in 2017.

We are delighted to welcome Signet to the Tracr pilot programme. Tracr is focussed on bringing the benefits of blockchain technology to the full diamond value chain – providing consumers with confidence, the trade with increased efficiency and lower costs, and lenders to the industry with greater visibility. Signet has deep insights into the needs of consumers, and our collaboration will ensure that consumers remain the focus of Tracr.

Signet joining the program will allow the Tracr team to complete the first digital link “all the way from diamond production through retail.” Both teams will work alongside each other to ensure jewelry manufacturers’ and retailers’ needs are met. The project will initially focus on “the tracking of diamond jewelry” and provide for smaller-sized goods.

Responsible sourcing of diamonds has always been an integral part of Signet’s corporate ethos, and this will be further strengthened through our cooperation with Tracr. We are joining the Tracr pilot because we believe the project not only has strong potential to facilitate increased transparency and confidence within the industry, but it can also foster much-needed digital transformation.

Tracr provides a digital certificate for each diamond registered on the platform. Storing attributes and transactions aims to give consumers detailed information about their diamonds, allowing them to determine if the product is natural and conflict-free by tracking it across the blockchain.

In early May, De Beers Group announced its success of tracking 100 high-value diamonds along their Tracr blockchain platform, which the company noted is the first time that a diamond’s path has been digitally tracked from the mine to the consumer.

The diamond industries application of blockchain technology affirms the value and potential of the ledger technology, allowing for increased security and peace of mind. However, the diamond industry isn’t the only major sector to take notice.

Walmart has recently filed a patent for a blockchain based digital marketplace. Major banks piloted a successful blockchain-powered cross-border fund transfer that took a matter of seconds. A major fiat powerhouse has also taken notice: the Rockefeller family’s venture-capital arm has recently reported its move into cryptocurrencies. 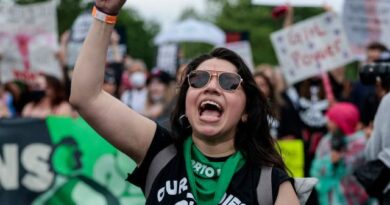 Jane’s Revenge Plans Roe v. Wade Reveal ‘Night of Rage,’ ‘Carrying that Anger Out into the World Expressing it Physically’

Matt & Joy – Election Fraud Revealed, Patterns Are Emerging,Transparency Is The Only Way Forward