A new wave of adoption is coming to cryptocurrencies and blockchain technologies, notably from two major tech giants— Microsoft and Amazon— both of which are aiming to apply blockchain within their cloud computing arms.

In the case of Microsoft, the company recently announced Azure Blockchain Workbench. The new tools will be included in the Microsoft Azure Marketplace by aiming to provide developers with tools to implement the ready-to-use infrastructure for blockchain application solutions.

The press announcement discussed the pace in which these blockchain development tools are being embraced, stating that “Engagement in our preview program has been overwhelming. Since September, hundreds of customers and partners have joined the preview and used Workbench to create innovative solutions to shared business problems.”

“With the release of Azure Blockchain Workbench, we take another step towards making this technology more developer friendly. As we continue to learn with customers and partners, we look forward to extending its capabilities, open-sourcing more of its code and partnering with organizations to expand its usefulness.”

Even though Microsoft is making moves to embrace blockchain, founder Bill Gates has not had positive words for cryptocurrency. According to Cointelegraph, Bill Gates recently shared some critical comments of Bitcoin. “As an asset class, you’re not producing anything and so you shouldn’t expect it to go up. It’s kind of a pure ‘greater fool theory’ type of investment,” Gates said.

However Microsoft, in general, has been witnessing businesses increase their use of blockchain-based solutions and the corporate empire is looking to capitalize on the market opportunity.

Amazon, another major corporation at the forefront of the technology wave, is implementing a similar system to Microsoft’s. Amazon is introducing Amazon Web Services (AWS) blockchain templates, which will “provide a fast and easy way to create and deploy secure blockchain networks using open source frameworks.”

The focus of Amazon’s new tools is to allow developers to focus on building a blockchain application, potentially saving time, energy and resources spent on a manual setup of a blockchain network.

Both seem to have to a focus in mind of streamlining the process for businesses and developers to implement blockchain technology. This is likely to help promote a more massive adoption of the decentralized technology in various industries, such as app development and the financial industry with peer to peer transactions.

Some of the people that I talk to see blockchains as the foundation of a new monetary system and a way to facilitate international payments. Others see blockchains as a distributed ledger and immutable data source that can be applied to logistics, supply chain, land registration, crowdfunding and other use cases. Either way, it’s clear that there are a lot of intriguing possibilities and we are working to help our customers use this technology more effectively.

These recent moves show recognition of blockchain technology’s future. The money and effort being put forward by major corporations offer further supporting evidence that blockchain and cryptocurrencies have lasting potential.

THE SILENCING OF TUCKER CARLSON 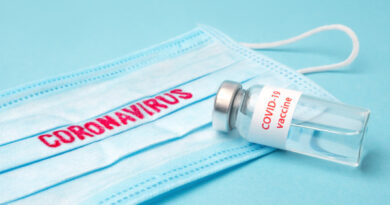 Biggest Lie in World History: The Data Base is Flawed. There Never Was A Pandemic.