In this episode, we’re discussing California’s newly passed mandatory vaccine law known as SB 276. The proponents of SB 276 claim it will improve the oversight of medical vaccine exemptions, and the bill’s passage has sparked controversy as some say it effectively removes all medical exemptions putting thousands of children at risk. We’re going to take a look at this law and break down what it means. Featured in this episode is an interview with the legendary activist, attorney and leading critic of the new law, Robert F Kennedy Jr., where we talk about who is actually behind the push for SB 276 as well as many other laws like it across the country In episode #3 of Truth in Media with Ben Swann.

Visit our sponsor for this episode: The Holland Center

Join our Watch Party tonight (9/24) in our Facebook Group at 9pm eastern to chat with the podcast producers about this episode. Click here to join the group.

Want to listen to the Truth In Media podcast? Click here to see all of the available platforms to listen and download. 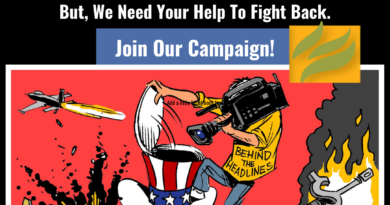 Are China & Russia In Better Economic Shape Than We Are?