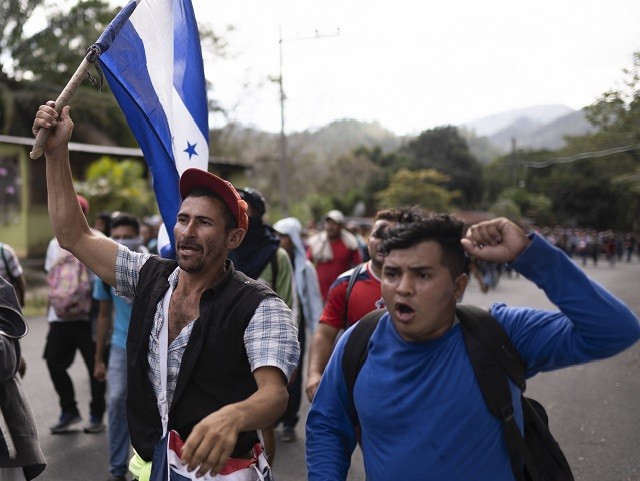 The government of Mexico is offering about 4,000 jobs to caravan migrants from Honduras who are currently attempting to make their way through Guatemala.

“There is a way for them to have work. My ideal is full employment – work for everyone… and the right to work guaranteed,” Mexican President Andres Manuel Lopez Obrador said in a Friday press conference reported on by the Anadolu Agency.

The Mexican president’s comment comes as approximately 3,000 migrants from Honduras and El Salvador are reportedly making their way from their home countries through Guatemala. The stated goal of the migrants is reportedly to transit through Mexico to the U.S. border.

Earlier this week, officials in Mexico said the migrants will not be allowed to transit through Mexico to the U.S., Breitbart Texas reported. “We will not have a transit visa or safe passage,” Mexico’s Secretary of Interior Olga Sanchez Cordero told Expansion Politica. “There will be special enforcement and there will be immigration agents.”

“If they want Mexico to give them entry in an asylum capacity or as refugees or under any immigration status for work, studying …. We will gladly work with them,” Cordero told El Universal.

On Wednesday, hundreds of mostly Honduran migrants forced their way past Honduran border police into Guatemala.

Approximately 400 men, women, and young children made their way to the northern Honduran town of San Pedro Sula on Tuesday, the news agency reported. By Wednesday, the group refused to register with migration services in Honduras and began pushing their way past a line of police to cross into Guatemala — the first step on a journey that would take them into Mexico and on to the United States.

AFP reports police allowed some adults through but kept families with