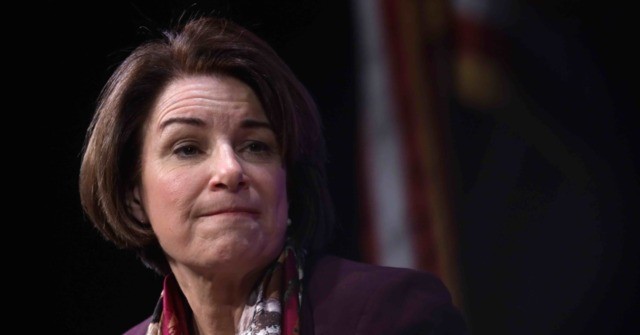 Sen. Amy Klobuchar (D-MN) could not name the president of Mexico when asked to do so by a Telemundo reporter in Las Vegas, Nevada, on Thursday evening.

Earlier this year, Klobuchar voted for the U.S.-Mexico-Canada Agreement (USMCA) in the Senate, noting the importance of Mexico to the U.S. economy:

Canada and Mexico are Minnesota’s two biggest trading partners, and I recently voted to approve the United States-Mexico-Canada Agreement (USMCA) on trade. I supported USMCA since, with the additionally negotiated pro-labor and environmental changes, as well as the elimination of a provision that would have benefitted pharmaceutical companies at the expense of consumers, I felt the agreement provided much needed stability and economic opportunity for American farmers, producers, and consumers. A North American trading bloc is also an essential strategy to competing with China on a global scale.

However, when quizzed by Telemundo, she could not remember the name of Mexico’s president, Andres Manuel Lopez Obrador (or AMLO, as he is colloquially known).

As the AFP reported, neither Klobuchar nor Steyer came up with the right answer, and Buttigieg seemed uncertain:

“I forgot,” said billionaire Steyer, when asked if he could name Mexico’s president.

“No,” admitted Klobuchar, a senator from Minnesota.

Showing them up was Pete Buttigieg, the former South Bend, Indiana mayor and youngest of the eight candidates battling for the Democratic p