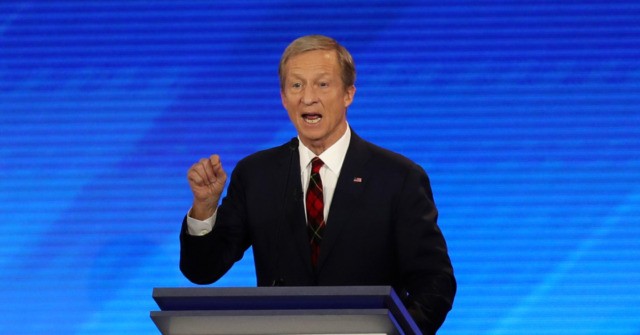 Tom Steyer: “These Republicans are in control. They’re stacking the court for a generation with young, rightwing radicals…The question is what are we going to do about it?” https://t.co/Rhy9aOaDTU #DemDebate pic.twitter.com/J01co5jqxX

There’s something else going on. These Republicans are in control. They’re stacking the court for a generation with young, rightwing radicals and we’ve watched it happen. The question is what are we going to do about it? That’s where we are in the United States.

Steyer also stated that the Democrat Party is “in trouble” ahead of the 2020 presidential election.

“Joe Biden is right,” Steyer claimed. “We have to go win a huge victory this year and we’re in trouble. Look at these people. Who can pull together the Democratic Party?”

Earlier in the debate, Steyer also confronted his rivals on economic issues, saying, “We’re going to have to take

In the Officers’ Republic of Egypt, only generals are honoured when they die

Visualizing The History Of Pandemics… By Death Toll

Post-Brexit Deal to Be Inked by End of Year Says U.S. Treasury Secretary