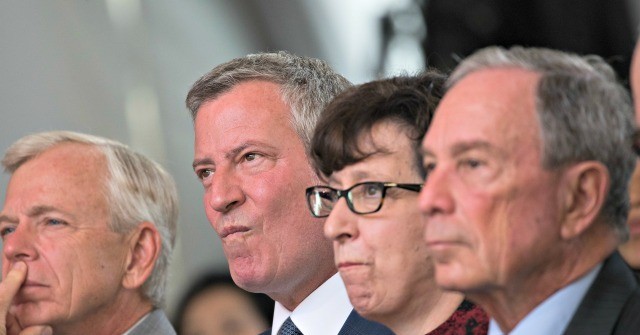 New York City mayor and former Democrat presidential hopeful Bill de Blasio is expected to endorse Sen. Bernie Sanders (I-VT) for president — a move some view as a snub to his predecessor, Michael Bloomberg (D), who is also vying for the Democrat nomination.

The New York Times, citing people “familiar” with de Blasio’s plan, is reporting that the mayor plans to endorse Sanders, although the official timing of his announcement is yet to be determined. However, he is expected to join Sanders on the campaign trail in Nevada this week ahead of the state’s February 22 caucuses.

While he endorsed Sanders’ Democrat rival, Hillary Clinton, during the last election cycle, he has since said that Sanders likely could have defeated President Trump in the general election.

“You know, hindsight’s 20/20, but I think when we look at it now, that was a moment where there was such desire for change,” he told Politico in August.

The Times adds that the two have spoken “several times” following de Blasio’s exit from the presidential race.

The forthcoming endorsement comes as de Blasio’s predecessor, Bloomberg — the Democrat rival Sanders has accused of trying to “buy” the election —  is gaining traction in the polls. He currently rounds out the top tier of candidates nationally, according to RealClearPolitics’ rolling average.

UK cancer patients ‘left in the dark’ amid staff shortages