The VDare Foundation’s mission is education on two main issues: first, the unsustainability of current US immigration policy and second, the “National Question,” which is the viability of the US as a nation-state. We do this through the VDARE.com webzine and VDARE Books, public speaking, conferences, debates and media appearances.

VDARE.com is a non-profit journalistic enterprise, the main project of the VDARE Foundation. We publish data, analysis, and editorial commentary in a variety of formats. We inform the fight to keep America American.It all started with a bold idea: in the face of unwavering hostility from the Main Stream Media, our editor, Peter Brimelow, launched VDARE.com on Christmas Eve of 1999 as an extension of his national bestselling book, Alien Nation: Common Sense About America’s Immigration Disaster. After all, the issues of unrestricted mass immigration, both legal and illegal, weren’t going away. They were getting bigger.And they continue to do so.Since its inception, VDARE.com has taken its place as the premier website for patriotic immigration reform and continues to publish multiple posts a day covering the unsustainability of US immigration policy and a broad spectrum of related Politically Incorrect topics, including the National Question.

WHAT IS THE ‘NATIONAL QUESTION’?

The current Merriam-Webster definition of “nation-state” is “a form of political organization in which a group of people who share the same history, traditions, or language live in a particular area under one government.” The National Question is, in short, an examination of how long the US can continue as a coherent nation-state in the face of current immigration policy.We argue that the US is in fact a nation-state as defined above, with a unifying history, traditions and language. Regarding the viability of its future, unless something is done, and quickly, the prognosis is not good.

America is real: America is not a melting pot, or a tossed salad or any other fashionable dietary metaphor that strips our nation of its rightful identity. We founded a country unique to history that has its own philosophies, values, social structure, attitudes, festivals, foods and aesthetic. VDARE.com strives to preserve and celebrate the distinctive culture of America.Demography is destiny: Human differences are not social constructs. It is only with an honest consideration of race and ethnicity, the foundations of human grouping, that human differences can be explained and their social consequences understood, whether those differences are philosophical, cultural or biological. VDARE.com stands on the side of science in publishing coverage of the ongoing discovery and research in the realm of human differences.The racial and cultural identity of America is legitimate and defensible: Diversity per se is not strength, but a vulnerability. It is a luxury that we can only afford as long as we preserve our breadwinner, the American people. VDARE.com recognizes that mass immigration both legal and illegal has driven America to the verge of bankruptcy in the following areas:

WHAT OUR SUPPORTERS SAY

WHAT’S IN A NAME?

VDARE.com is named after Virginia Dare, the first English child to be born in the New World. She was born August 18, 1587 into community on Roanoke Island off the North Carolina coast that would later be known to history as the “Lost Colony.”The real Virginia’s fate is a mystery, as is the fate of everyone at the Lost Colony. Almost every trace of the settlement had disappeared within three years of her birth, never to be found.There are a number of possible explanations for the vanished colony. One famous legend suggests that, as a young woman, Virginia Dare became romantically entangled with an Indian sorcerer who transformed her into a white doe. It is from that image that we derive the VDARE.com logo.And it is in the name of Virginia Dare herself that we defend the traditional American community and give it voice. We cannot allow the Lost Colony to prove analogous to America itself.See also:Why VDARE.com/The White Doe? By Peter BrimelowThe Role of VDARE.COM After 9/11: It’s The Immigration, Stupid, By Peter Brimelow

WE THE (VDARE.com) PEOPLE

A veteran of financial and political journalism, Peter has been a writer and editor of MarketWatch, Forbes Magazine, Fortune Magazine, Barron’s, Financial Post, Maclean’s and National Review. In 1986, Brimelow published The Patriot Game: Canada and The Canadian Question Revisited, which helped galvanize the founding of the Reform Party of Canada in 1987. He is also the author of The Wall Street Gurus: How You Can Profit From Investment Letters and The Worm In The Apple: How The Teacher Unions Are Destroying American Education. In 1992, Peter Brimelow wrote the cover story for National Review, “Time To Rethink Immigration,” which grew into the bestselling book “Alien Nation: Common Sense About America’s Immigration Disaster” in 1995. In 1999, Peter launched VDARE.com which has become America’s premier website for patriotic immigration reform news and ideas.In 2013, VDARE.com made Alien Nation available as a free e-book with a new Foreword.

A native Texan, Lydia graduated from Loyola University Chicago in 2006. She is fundraiser and office manager, lion tamer, fire extinguisher and miscellany handler at VDARE.com.

She and Peter married in 2007 and have three daughters together.

James Fulford has been a writer and editor for VDARE.com since 2001. He has been denounced by the Wall Street Journal the New Republic, and Little Green Footballs, but sadly, missed out on the opportunity to be Keith Olbermann’s “Worst Person In The World” before Olbermann had to retire from political commentary and become a sports commentator.

James Kirkpatrick is a writer and editor for VDARE.com. He is a refugee from the Beltway Right, especially the libertarian wing. He attended a prominent college in the U.S., where he first became politically aware. After joining the College Republicans and working for various groups tied to the Republican Party after college, he switched over to the private sector after watching the Republican Party lose the 2012 election. His main interests are ancient history, heavy metal, and anything else that can distract him from the fact he knows more about how to win an election than every political consultant he’s ever met.https://vdare.com/assets/james-e30d555feccfdbc60bf8927a9b7c2f66e43a6cf6c7534dcd33067a20efe66677.jpg 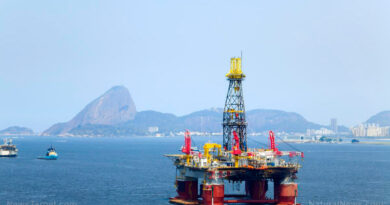 War On Whiteness: NASDAQ Wants EVERY Company On Their Exchange To Have A Minority, Female Or LGBTQ Director 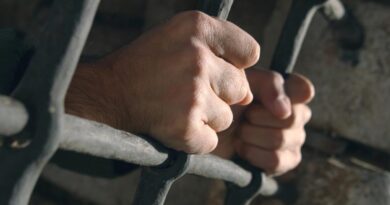