from the White House

President Trump was right and justified Thursday to sign an executive order calling for new regulations to strip legal liability protections from social media companies that censor posts and engage in political conduct on their sites.

However, President Trump and many conservatives have identified a serious problem. Twitter and some other social media companies want to be two things at the same time: common carriers where anyone can post comments, and news organizations that selectively fact-check some posts and determine which ones are accurate and which ones are not. Making such determinations is an editorial decision that is often very subjective.

Right now social media companies enjoy protection from liability under Section 230 of the Communications Decency Act for what is posted on their sites, because in most cases they allow people to post whatever they wish – as if they were posting on a giant virtual bulletin board.

In contrast, news organizations can be sued for libel if they publish false information with “’actual malice’ – that is, with knowledge that it was false or with reckless disregard of whether it was false or not,” according to a 1964 Supreme Court decision in the case New York Times Co. v. Sullivan.

On average more than 500 million tweets are posted each day. You can see the enormous number tweeted on the day you read this here. It would be impossible for Twitter to review each of these tweets and fact-check them all before posting. Other social media companies face a similar impossible task.

However, Twitter has selectively targeted conservatives – most recently President Trump this week – and has either taken down their tweets or labeled them as misleading and added a fact check, as was the case with two of the president’s tweets dealing with problems with mail-in voting.

What is crucial here is that by deciding to selectively review a tiny number of tweets on its site and running supposed fact checks on them, Twitter is exercising editorial judgment and deciding what people are told is true.

Even Mark Zuckerberg, CEO of Facebook, told Fox News’ Dana Perino that social media companies should not act as the “arbiter of truth.”

President Trump’s executive order states that social media companies that remove or restrict content should be exposed to liability “like any traditional editor and publisher that is not an online provider.”

Status of US mass surveillance in 2022 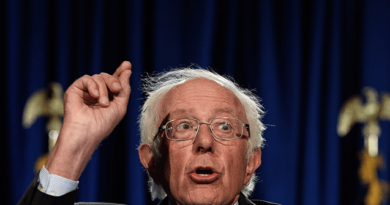