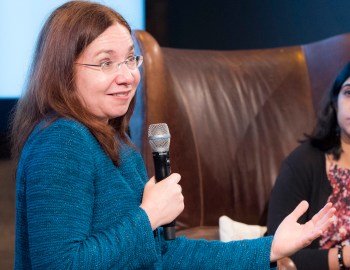 Friends of Science describes its study as “a plain language document, meant to help the general public and policymakers understand the complexities of climate change and forecasting.” The study lives up to those words.

The title of the study, “Facts vs. Fortune Telling,” is particularly appropriate. Hayhoe frequently attempts to appeal to Christians and conservatives by self-identifying as a Christian and then attempting to make climate alarmism a Christian issue.

During a 2019 talk in Juneau, Alaska, Hayhoe, “asked her Juneau audience how a Christian, like herself, could truly say they were pro-life if they ignored the damage being done by climate change.”

Self-righteously interjecting the abortion issue into the climate change debate is weak science, weak theology, and the type of tactic leftists frequently employ to take attention away from actual science.

Interjecting religion into science debates also divides the Christian flock, which should concern a true Christian.

Her scientific assertions are just as shoddy as her theological assertions.

Friends of Science observes, “Hayhoe claims that society was built on the assumption that

Earth-Shaking Financial Collapse is Inevitable: Position yourself for the ‘Great Reset’

Why You Should Care About “The Joe Rogan Experience” Scandal