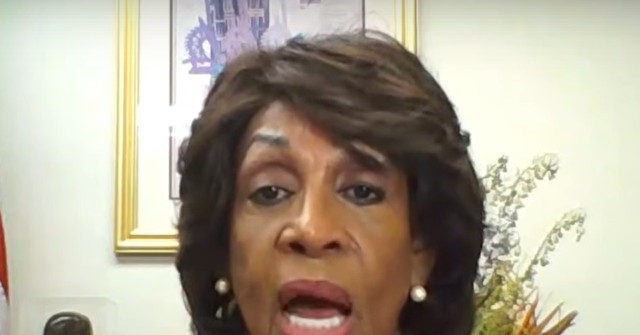 Appearing Thursday on MSNBC, Rep. Maxine Waters (D) argued that Americans should be “thankful” for protests against George Floyd’s death — despite some of them devolving into violence and looting — saying that the demonstrators are attempting to achieve social change where “begging and praying” church ministers have failed.

A partial transcript is as follows:

ARI MELBER: As you look back then and look at the work you did then, what’s on your mind in what has and hasn’t happened since then?

REP. MAXINE WATERS: It has been many years since Rodney King, and before that, I was confronting the then-chief of Los Angeles police Daryl Gates, and not a lot has happened. Normally, when an officer kills even an unarmed person, usually a black man or woman, it is deemed a justifiable homicide.

But I want to tell you, I have a very special feeling about what is going on now. I believe that these young people in the streets are truly creating change. I think we’re on our way to the development of laws and practices that we’ve not been able to achieve with all of the struggles we’ve been in about law enforcement, the abuse, and the targeting, and the killing of blacks in particular.

While there are many who are concerned about the protests, I don’t think people need to be concerned about the protests. People should be thankful because these young people are doing what legislation has not been able to accomplish, the ministers begging and praying have not been able to achieve, and it goes on, and on, and on.

FDA ready to OK the vaxx for babies; why not just throw the babies off a cliff into a volcano?