In the wake of inner city looting and rioting across America, including destruction of people’s businesses and property, as well as violence against police and everyday Americans, Democratic rep. Maxine Waters has decreed that the use of the term ‘rioting’ is racist.

In an interview with The Cut, Waters seriously contended that the term “rioting” constitutes “negative language used far too often in a description of black people by folks who fundamentally don’t see black people the same way they see whites and others.”

“A lot of negative language gets used against black people, describing what whites often believe is true about us: that language includes ‘lazy,’ ‘criminal,’ and ‘rioting,’” Waters added.

Waters explained that she prefers to label the rioting as “insurrection”.

“I said ‘insurrection’. People acting out of frustration and hopelessness and understanding that they don’t have an establishment — political or otherwise — that really cared about their ability to work or have good health care. Yes, I choose to call it an insurrection.” Waters declares.

OK Maxine. Lets take a look at some recent examples of such “insurrection”:

Some shopping based insurrection:

Absolute Chaos along 4th street in Santa Monica… looting with impunity on both sides of the street. No police in sight. We’ve watched this happen to dozens of stores for 45 minutes now… pic.twitter.com/WOdEhIz3th

Smacking old women around with planks of wood insurrection:

Do you know any of these men❓Yesterday, May 30, these men violently attacked a store owner & her husband who were trying to protect their business from being looted. Please look at the video & still images. If you know any of them, please call Crime Stoppers @ 423-9300. pic.twitter.com/ECSNcfIcDc

POLICE CARS DESTROYED: Rioters destroy a line of police cars, ghost riding them into each other and setting them on fire in West Philadelphia.

The heavy toll for victims of looting. Alico, a mom and pop pharmacy in the Bronx was ravaged early Tuesday morning. What took the Rodriguez family 14 years to build, was destroyed in mere minutes. @abc7ny #devastating pic.twitter.com/ZoXmJEJpKl

Shooting in the head and running over police officers type insurrection:

Violence targeting police was really bad last night:
-One US Marshall killed in Las Vegas
-Four officers shot in St. Louis
-At least two officers run over in Buffalo, NY
-One NYPD officer run over in the Bronx
-Another run over in Greenwich Villagehttps://t.co/YfNQoCZ1Yt

A GoFundMe has been started for Las Vegas Police Officer Shay Mikalonis who was shot in the head on while breaking up rioters.

This will help Shay & his family with medical bills & any other expenses that they may need while Shay fights for his life. https://t.co/e0jVUGa1IW

Don’t call it a riot, whatever you do…

Incident commander at demonstration on Capitol Hill is declaring the incident a riot. Crowd has thrown rocks, bottles and fireworks at officers and is attempting to breach barricades one block from the East Precinct.

Bringing hammers to the insurrection:

Feels like a very organized effort tonight – kids have turned up with hammers and big bags, they have spotters on the corners and cars ready to go. Group of about 500 kids now running up Fifth Ave looting whatever they want pic.twitter.com/vP97YCLis7

NYPD Cop attacked in the Bronx. I guess the critics will now say he overreacted. NYPD Cops defend yourselves, you are alone! pic.twitter.com/424w5bZbC6

Rioting in DC hasn’t stopped just because some of the journalists went home. They just set fire to the guardhouse in front of the White House. pic.twitter.com/nDDxmzk74i

This is so Orwellian. The Twitter headline in the trending tab is “peaceful demonstrations through Portland” over a live video of a fire raging. pic.twitter.com/7AP9yfKiN1

A manhunt is on for the rioter who /very likely/ killed the puppy in the video I posted a few days ago. If you’re in the Memphis area and know details, speak up. https://t.co/moqwGgUouQ

I fear we are witnessing the death of New York City 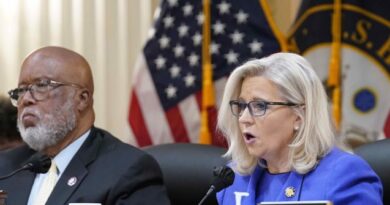 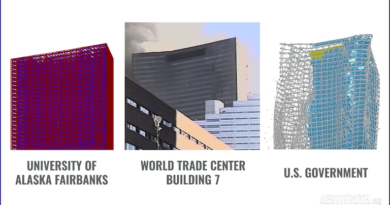