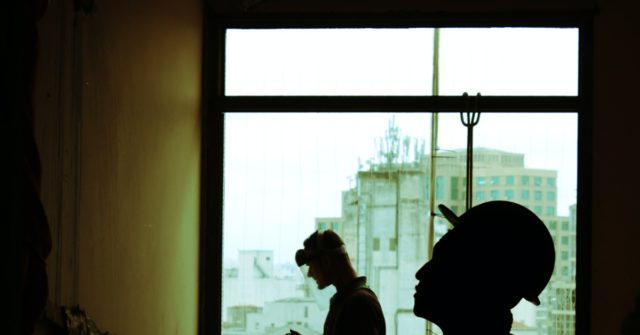 It has been 44 days since President Donald Trump promised more immigration changes to help Americans regain some of the many jobs held by imported visa workers.

But the reforms have not appeared — and his agencies continue to welcome the inflow of many thousands of foreign workers.

1. The Department of State is allowing India to return absent H-1B workers to jobs in the United States, despite regulations which say that their work permits expire if their pay or job description are changed. This policy comes amid strenuous lobbying of Trump by India’s government, which blocked flights on March 16, 81 days ago.

2. The Department of Labor has done nothing visible to eject visa workers who violate their terms of employment, dubbed the “Labor Condition Application.” Foreign workers must leave the country with 60 days after their employers violate the hour, wage, or workplace terms in their LCAs. But, even as many U.S. professionals — Americans and visa-workers —  are losing their jobs in the coronavirus crash, only a few thousand Indians are leaving the United States, according to flight plans released by India’s government.

3. The Department of Justice is defending the Optional Practical Training (OPT) program in a lawsuit that points out that the jobs giveaway program was never authorized by Congress, despite the loss of opportunities for American graduates. The OPT and its sister program provide work permits to roughly 500,000 foreigners each year, so helping many enter the Fortune 500 jobs also sought by U.S. graduates.

4. There is no sign the justice department is filing discrimination lawsuits against the companies, CEOs, and hiring managers who hire blocs of homogenous Indian or Chinese visa workers, even though hundreds of thousands of diverse and qualified Americans apply for jobs in the industry each year.

5. Trump’s Office of Management and Budget has blocked a regulation to end the H4EAD program, which was created in 2015 by President Barack Obama to encourage Indian H-1Bs workers to stay in the United States. The H4EAD program awards work permits to at least 100,000 spouses of India’s  H-1B workers who are working for many years while waiting for promised green cards.

6. The U.S. Citizenship and Immigration Services (USCIS) is fast-tracking requests for H-1B approvals and H4EAD extensions that are needed by roughly 200,000 foreign workers each year.

7. USCIS has dropped plans to curb the use of H-1Bs as white-collar gig-workers for Indian-run staffing companies. A proposed regulation was demoted into a policy, which was recently suppressed by a judge at the request of the Indian staffing firms. The USCIS refused to appeal the case, leaving millions of U.S. graduates vulnerable to replacement by Indian gig-workers imported from Bangalore, Hyderabad, or Tirupathi.

The agencies’ provide “great joy” to the resident population of India’s visa workers, according to Indian visa workers and pro-Indian Twitter accounts:

Small things like premium processing, timely extensions, DL renewal, H4 EAD etc. are things of great joy in the world of EB backlog, immersed in a 100 year time travel for a US greencard.

Nationwide, the federal government allows U.S. and Indian managers at U.S. companies to keep roughly 600,000 H-1B workers in good U.S. jobs, along with roughly 700,000 other white-collar visa workers. That army is boosted by an unknown number of white collar illegals who use fraudulent documents to hide among the legal visa workers

Trump’s agencies also allow many non-college migrants to get jobs sought by Americans.

They include roughly 66,000 H-2B laborers to take a wide variety of blue collar jobs, as foresters, landscapers, waiters, and hotel maids. Those visas are approved by the Department of Homeland Security, which has announced it will not provide an extra bloc of roughly 15,000 visas this year.

Another 100,000 foreigners get J-1 visas from the state department for work in the resort, entertainment, and hotel industry. Without the J-1 program, those jobs would provide training and cash to many young Americans.

At least 200,000 migrants are imported for work by agricultural companies, so reducing the economic pressure on farmers to develop better machines.

But the really big money is the white collar visa workforces. For example, the OPT program delivers up to $40 billion to the universities and colleges because it requires the OPT workers to enroll in education courses before getting their work permits.

The Indian and Chinese workers will work long hours at low wages, without public complaint, because U.S. executives have very powerful sticks and carrots. They can send disfavored workers home and reward favored workers with a huge prize of green cards.

The skewed balance of power makes the Indians and Chinese useful to U.S. executives.  In contrast, many executives do not want to hire U.S. graduates who can only be paid with dollars that would otherwise inflate their companies’ stock prices. Besides, U.S. professionals will argue eye-to-eye with their executives and can quit for other jobs.

Please read @NeilMunroDC ‘s latest before you assume (as I once did) that H-1B “guestworkers” are all super-skilled foreign tech whizzes doing work Americans can’t do. I’m sure some are, but most …. https://t.co/MRvndFDXsQ

The Tennessee Valley Authority is giving formal notice Wednesday to 62 [information technology] workers in Chattanooga and Knoxville that their jobs are ending in 90 days as the federal utility moves to outsource more data and programming work.

Since TVA announced last year it would outsource some of the computer programming work being done at its Chattanooga computer center and its headquarters in Knoxville, nearly half of the 120 jobs being cut have already been phased out as workers found other jobs at TVA or left the agency.

The parent company of each of the three software development contractors being hired by TVA are headquartered outside of the United States.

But Trump’s agencies are not doing everything the business groups want.

The State Department is hindering the return of some Indian H-1Bs to the United States by denying embassy approval of needed “visa stamping” documents.

“There is little hope for the early return of more than a thousand unstamped H-1B and other nonimmigrant visa holders stranded in India with no official word on the reopening of U.S. missions there,” which have been closed since March 16, said a report in AmericanBazaarOnline.com. The report continued, “So far 26 people who are awaiting their visa renewals have lost their [U.S.] jobs. Only a fraction of the more than one thousand people currently in India are able to work remotely.”

Almost half of the 1,000 counted contract workers in India are “lawyers, healthcare workers, scientists, architects, students, and those employed in the financial sector,” said the website

The department is also constricting the supply of L-1 visas, which allow companies to import blocs of Indian workers and pay them minimum wages in the United States.

Also, the agency has not accepted the planned 2020 inflow of roughly 2,000 foreign doctors into hospital residencies that would otherwise go to excluded American graduates.

Another poll shows the obvious: Americans want to like migrants, but also really want companies to hire Americans – incl. their kids – before importing more migrants.
Biz responds: Stare deeply into CNN: This isn’t about money, it’s all about ‘dreamers’https://t.co/1VtdQO0HoH 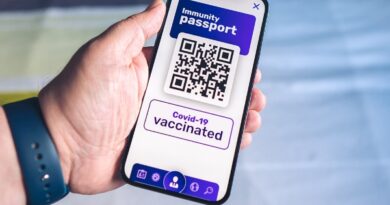