I have the honour to write to you in order to make reference to the accusations made by the delegation of the United States of America against Cuba during the open videoconference of the Security Council under the agenda item “The situation in the Bolivarian Republic of Venezuela”, which was held on 20 May 2020.

That delegation is once again, lying. Its accusations are just a mere excuse to justify the policy of hostility of the current government of the United States against Cuba, in view of the failure of the “regime change” policy in Venezuela. My country has no troops and does not participate in military or security operations in Venezuela.

It is a sovereign right of two independent countries to determine how to cooperate in all sectors. It is not up to the United States to question those rights, when it has more than 250,000 troops in more than 800 military bases and facilities around the world, some of them in our hemisphere.

The Cuban delegation categorically rejects those slanders, while reaffirming the duty and commitment to continue to provide our modest cooperation. More than 2,300 Cuban health professionals, in 26 Henry Reeve medical brigades, are giving their contribution today to the fight against the coronavirus disease (COVID-19) in the world. They have been joined by more than 28,000 Cuban health professionals who were already working in 59 nations before the pandemic.

It must also be absolutely clear that the immovable solidarity with the sister Bolivarian Republic of Venezuela is a right of Cuba as a sovereign State and a duty that is part of the tradition and inalienable principles of the Cuban Revolution’s foreign policy. Cuba will not give in to any kind of pressures or threats. Our country will continue to offer its supportive cooperation to those countries that request it.

The United States government accuses Cuba of being responsible for the soundness and firmness shown by the legitimate government of the Bolivarian Republic of Venezuela, the people of that country and the civic-military union that defends the sovereignty of its nation. It has the cynicism to blame Cuba for the economic and social situation Venezuela is facing after years of brutal economic restrictions, designed and implemented precisely to stifle its economy and cause suffering among its people.

Those who today claim to be concerned about the so-called “humanitarian crisis” in Venezuela should oppose the application and tightening up of the unilateral coercive economic measures that threaten the well-being, security and peace of the Venezuelan people and limit their government’s capability to deal with the pandemic.

The policy of the current United States government is the main threat to peace, security and cooperation among the countries of Latin America and the Caribbean. The United States is trying to advance its interests of domination through unilateral and interfering policies that seek to destabilize, spark and promote conflicts.

We denounce and strongly reject the United States’ interventionism in Latin America and the Caribbean, as well as the media campaign, the psychological warfare and the continuous harassment against the Bolivarian Republic of Venezuela, with the declared and immoral purpose of imposing a change of regime and plundering the first oil reserve on the planet.

The United States government is intensifying its actions against countries in the region that do not bow to its imperialist policy. The deployment of warships near Venezuela and the movements of special troops are a serious threat to the peace and the dignity of all in the region. The alleged combat against drug trafficking is only an opportunistic pretext.

We reject the armed mercenary incursion against the sister Bolivarian Republic of Venezuela last 3 and 4 May. We reaffirm our unyielding solidarity and full support for the Bolivarian and Chavista Revolution, for the civic-military union of the Venezuelan people and for their legitimate and democratic government, led by the constitutional president Nicolás Maduro Moros.

We reject the new plan of the Secretary of State of the United States for “the alleged transition” in Venezuela, which confirms the ambitions of reimposing the neocolonial past on Our America, in line with the Monroe Doctrine. It is a plan that contravenes the Proclamation of Latin America and the Caribbean as a Zone of Peace.

Finally, we deeply regret that the United States government, which claims to be concerned about the welfare of sovereign nations and a self-proclaimed leader in the fight against terrorism, has chosen not to prevent, not to condemn, not to reject the terrorist attack with a semi-automatic assault rifle on our Embassy in Washington last 30 April, a complicit silence that encourages similar actions by violent individuals and groups.

That terrorist attack is a result of the policy of hostility and intensification of the blockade against Cuba. We warn that the United States campaign against the international medical cooperation and its slanders against the Cuban medical personnel working in third countries is also instigation to violence against them, as has been demonstrated in recent months.

I would be grateful if you could kindly circulate the present letter as a document of the Security Council.

Matt Hancock Squirms, Runs & Hides when asked for Evidence for Asymptomatic Transmission and that Lockdowns work 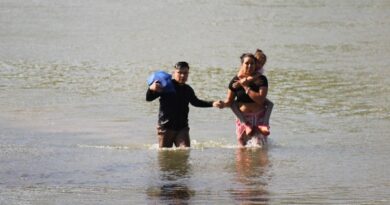