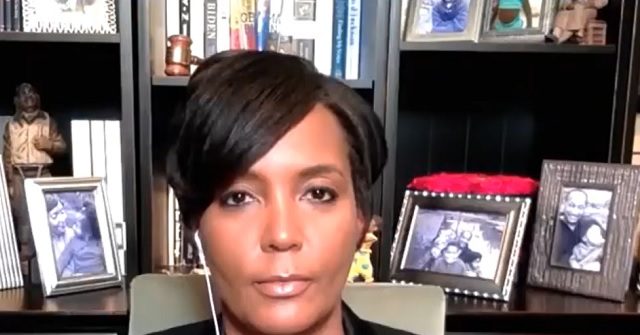 Sunday on CNN’s “Inside Politics,” Atlanta Mayor Keisha Lance Bottoms (D) said it would be a “great symbolic gesture” for an NFL team to sign quarterback Colin Kaepernick who knelt at games during the national anthem to protest police brutality.

Guest host Dana Bash said, “Mayor Bottoms, I want to ask you about the NFL. After years of refusing to support Colin Kaepernick, who knelt in protest over police brutality, NFL commissioner Roger Goodell released a video Friday morning saying this.”

In a clip, Goodell said, “We the National Football League admit we were wrong for not listening to NFL players earlier and encourage all to speak out and peacefully protest. We, the national football league, believe black lives matter.”

Bottoms said, “I think it was Maya Angelou who said when you know better, you do better. If we want change in this country, we have to give people the ability to articulate that they were wrong, and they want to change. And so if he says that the NFL was wrong, and he recognizes it, I accept that.”

Bash said, “Should Roger Goodell make it his mission to get an NFL team to sign Colin Kaepernick now?”