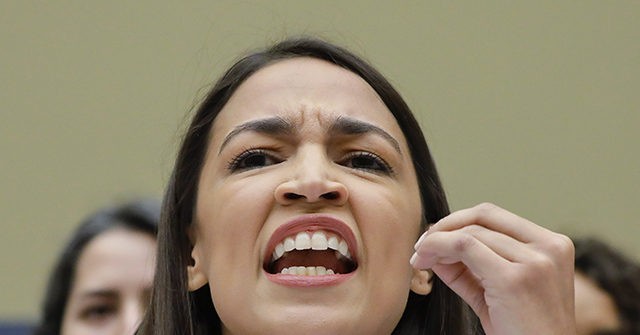 The New York lawmaker, remarking on a tweet from the progressive group Public Citizen, described NYPD’s budget as “unethical”:

People for Bernie followed up, urging progressives to “tell your city to #DefundThePolice”:

Tell your city to #DefundThePolice: https://t.co/ay7zUoQ0GQ

If your city isn’t on the list, here’s a thread: https://t.co/RwcOZTfbOj

NYPD, tasked with patrolling a city of more than eight million, has faced several days of intensity as protests descended into chaos, with rioters looting, vandalizing, and attacking officers. More than 300 members of the force have been injured since the onset of the protests in the city, according to former NYPD Commissioner Bernard Kerik’s estimates.

“Well, you’ve had over 300 — I think about 320 — that have been injured, I think some in the hospital,” Kerik said during an appearance on Justice with Judge Jeanine. “But there were over 300 injuries.”

Mayor Bill de Blasio (D) announced on Sunday that the city would be, in a sense, defunding the police department and redirecting the funds to other programs focused on youth and social services.

“The details will be worked out in the budget process in the weeks ahead,” de Blasio said. “But I want people to understand that we are committed to shifting resources to ensure that the focus is on our young people.”

Even during the coronavirus pandemic, crime in the city has skyrocketed. Murders over the last month have jumped “more than 94 percent compared to the same time last year” and “burglaries — now that suspects can be freed without paying bail — have increased almost 34 percent in the last month compared to 2019,” as Breitbart News detailed. Grand larceny auto has also seen a dramatic jump.

Nonetheless, NYPD Commissioner Dermot Shea said he is “1,000% behind shifting some funding away from the department” amid mounting calls to defund police departments across America:

To help the kids of our city, I’m 1,000% behind shifting some funding from the police to youth programs.

It’s incumbent upon all of us to dig down and do what’s needed.

Notably, Joe Biden (D) broke with progressive Democrats via a campaign statement released Monday, which stated that the former vice president “does not believe that police should be defunded”:

“Biden does not believe that police should be defunded. He hears and shares the deep grief and frustration of those calling out for change, and is driven to ensure that justice is done and that we put a stop to this terrible pain. Biden supports the urgent need for reform…” pic.twitter.com/k0IConBSj3

The Global Financial System Is A Rube Goldberg Machine