Syria criticized the statements of the American envoy, James Jeffrey, about the current situation in Syria, stressing that it affirms that the United States is looking at the region with “Israeli eyes”, and it also represents a recognition by Washington of its responsibility for the suffering of the Syrian people.

An official source in the Syrian Ministry of Foreign Affairs told state-owned SANA, “The intensification of sanctions is the other side of the declared war on Syria after the aggressive project staggered in the face of successive defeats of its tools from terrorist groups,” according to the Syrian News Agency. 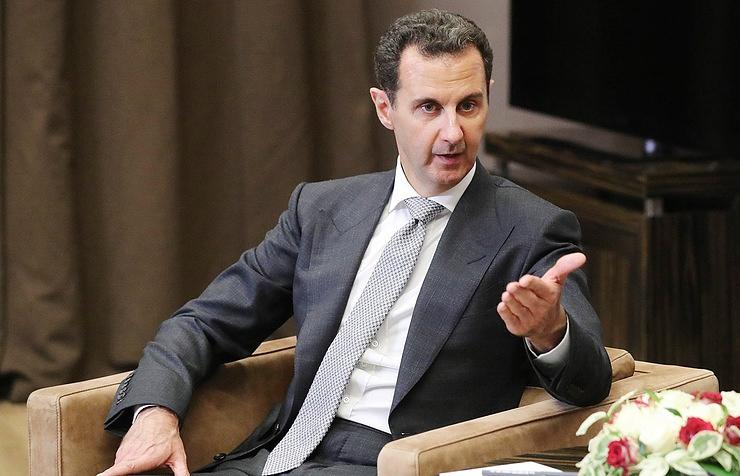 The source said, “These statements confirm once again that the United States is looking at the region with Israeli eyes, because the demands that Jeffrey talks about are old and renewed Israeli demands to impose their control on the region.”

He continued: “This American policy, which constitutes a flagrant violation of the most basic human rights and international humanitarian law, will fail again in the face of the Syrians insistence to adhere to the sovereignty of their homeland and the independence of their political and economic options.”

The U.S. envoy to Syria, James Jeffrey, said in a video interview with a number of Syrians abroad two days ago that the U.S. sanctions against Damascus “contributed to the collapse of the value of the Syrian pound” and that “the Syrian regime is no longer able to manage an effective economic policy, or launder money from Lebanese banks, due to the economic crisis that is also affecting Lebanon.”

Syria’s inflation rate is about 11.5% per month. It’s generally considered that hyperinflation sets in around 50% per month, when currency can no longer be used as a store of value.https://t.co/M60vrSfFt2 https://t.co/ZGUw9SDw29

He added that “the U.S. Congress stood behind (Caesar’s law), and that the sanctions covered by the law to protect Syrian civilians, will automatically affect any economic activity, as well as any dealings with the Iranian regime.”

The U.S. administration recently approved the “Caesar Law” which comes into effect this month.

The Caesar Law, in addition to the Syrian government, targets all individuals and companies who provide funding or assistance to Syria, as well as a number of Syrian industries, including those related to infrastructure, military maintenance, and energy production.

James Jeffrey, the #US envoy for #Syria, admitted that the high prices of basic products in Syria and the devaluation of the Syrian pound are due to measures approved by his administration.

In this context, Jeffrey indicated that his country had presented Syrian President Bashar al-Assad with a way out of this crisis, and that if he was “interested in his people, he would accept the offer. Washington wants to see a political process and it may not lead to a regime change.”

Jeffrey boasted of US sanctions as the population suffers for extreme lack of resources and basic staples:

“Do sanctions work?… But as we see with the total freefall of the Syrian pound right now and other indicators – shortages of gas and other fuels – the Assad regime is under tremendous economic pressure...”

Kuwaiti newspaper Al-Qabas revealed Jeffrey’s offer, noting that “it requires going to a political solution to implement Security Council Resolution 2254 and the cision, and ompletion of a new constitution and holding elections under U.N. supervision after achieving a safe and neutral environment and acceptance of international decisions,” stressing that Washington’s offer is Assad’s commitment to the “Geneva 1” statement, which he says is not possible to stay in power.