This image grab shows Greek teachers took to the streets of Athens on Tuesday to oppose a new education reform bill.

Greek teachers took to the streets of Athens on Tuesday to oppose a new education reform bill that would impact schools countrywide.

The draft which is expected to become a law on Wednesday will reportedly increase classroom sizes and allow online broadcasts of lessons, which teachers oppose on privacy grounds.

“It is a draft bill that drives children out of school and brings problems to all kinds of high schools,” said Babis Koklas, president of the State High School Teachers’ Union (ELME).

The unions responsible for organising the protests had previously taken issue with remote teaching methods proposed in response to the COVID-19 epidemic. 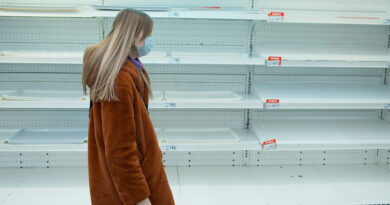 Gas rationing, food vouchers and hunger are now being normalized for the war phase of the plandemic

Bitcoin Crashes To Lowest Since 2020 As Stablecoin ‘Terra’ Bounces Back