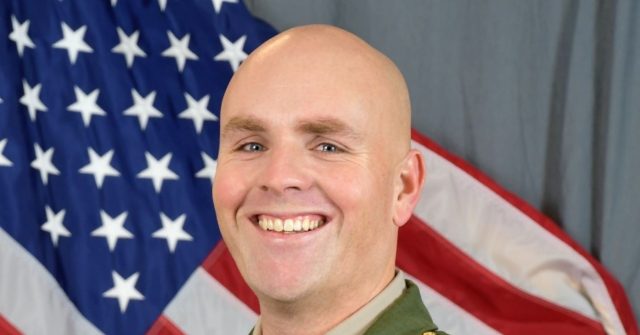 The suspect in the murder of a sheriff’s deputy in California last weekend posted several comments on Facebook critical of police and their responses to Black Lives Matter protests, according to the San Francisco Chronicle.

As the Associated Press noted last week, “Sgt. Damon Gutzwiller, 38, was shot and killed in Ben Lomond, an unincorporated area near Santa Cruz, Santa Cruz County Sheriff Jim Hart said. A second deputy was injured, and a third officer from the California Highway Patrol was shot in his hand, Hart said.”

The suspect is U.S. Air Force Sgt. Steven Carrillo, who was allegedly caught on surveillance video with a weapon during the encounter.

The Chronicle added Monday that while investigators have not yet concluded that Carillo had an anti-police motive, he posted several times on Facebook in defense of Antifa and against police actions in Black Lives Matter protests:

In the 48 hours before Steven Carrillo allegedly shot a Santa Cruz County sheriff’s deputy to death in an ambush, the Air Force staff sergeant who led an elite protection unit posted a flurry of Facebook posts that were critical of police brutality and law enforcement’s responses to the Black Lives Matter protests.

“Who needs antifa to start riots when you have the police to do it for you,” Carrillo wrote Friday, sharing a post about tear gas fired at protesters in Richmond, Va.

Carrillo posted another meme before Saturday’s shootout with deputies in Ben Lomond, mocking the idea that tear gas kills the coronavirus and commenting: “Unfortunately it just kills people with asthma, RIP Sarah Grossman.” Carrillo was referring to the Ohio woman who died after getting tear gassed by police at a protest in Columbus.

Posts about reforming police and holding law enforcement officials accountable were typical for Carrillo, but he never condoned violence — on social media or in person, [an acquaintance] said. He also shared an anti-fascism screed and gun rights article.

Carillo was reportedly disarmed by a local resident who has not been named.

Investigators are also reportedly investigating whether there are links between Gutzwiller’s murder and the murder last Friday of federal officer Patrick Underwood during a Black Lives Matter riot in Oakland.

Guztwiller is survived behind a child and a pregnant wife. 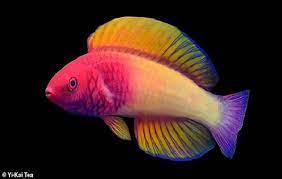 Meet the rainbow fish! Stunning new species of wrasse is discovered living in the ‘twilight zone’ off the coast of the Maldives

Putin: Ukraine Has Become A ‘Puppet Regime’ of NATO & the West