An Israeli company closely intertwined with the Israeli military is said to be engaged in the development of Saudi Arabia’s contentious NEOM megacity project initiated by Crown Prince Mohammad bin Salman.

The post caused great controversy among Arab online users within hours before it was deleted. Later, the Saudi diplomatic mission issued a statement, trying to distance itself from the account.

“As for the tweets issued from this account (@ArabiaNow), we would like to make it clear that the account is not managed by the embassy, ​​and this account has not been activated since 2018, and that the issuance of the last two tweets has not been approved,” Saud Kabli, director of the media office of the Saudi embassy in Washington, claimed.

“The embassy rejects this content altogether and in detail, and the necessary measures will be taken on it,” he added.

In turn, the US-based Qorvis Communications firm — which manages the account mentioned — claimed that the account had been hacked on Monday morning.

“As a result, the hacker posted several wrong tweets and removed them,” it added.

The report comes as a number of Check Point’s directors have apparently worked in cyber-intelligence for the Israeli military before starting careers in the private sector.

The company works in partnership with some of Israel’s biggest arms companies, including drone manufacturer Israel Aerospace Industries (IAI).

Its global headquarters is located in Tel Aviv, with its main office in the US is based in San Carlos, California.

According to the Forbes business website, it is the fourth largest company in the Israeli-occupied territories in terms of revenue, net profits, total assets and market capitalization.

Its shares are said to be traded publicly on the NASDAQ stock exchange in the United States.

Bin Salman announced the massive tourism development project at an international conference in October 2017, which will turn 50 islands and other sites on the Red Sea into luxury resorts.

Critics say the project is wasteful and ineffective in addressing the problems of the Saudi economy, including unemployment and dependence on oil.

Howeiti — a prominent member of the large Howeitat tribe — had lived in the area for hundreds of years.

The activist had censured the House of Saud over uprooting Saudi nationals for the sake of a project that runs counter to the history and traditions of the region.

The World Economy is in Disorder 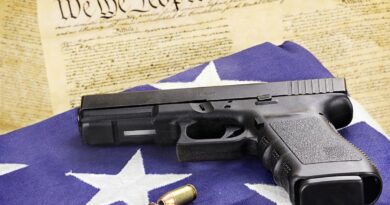 Here are the GOP traitors who betrayed us on gun rights

Escobar: St. Petersburg Sets The Stage For The War Of Economic Corridors