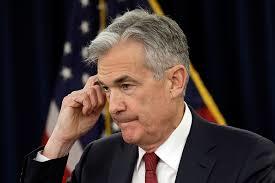 Submitted by Michael Every of Rabobank

Today Mr Jerome Powell esquire, Chair of the FOMC at the US Federal Reserve, is going to be in the spotlight once again. The Fed concludes their two-day meeting and will give an updated set of projections, including the ‘dot plot’ of their own collation of expectations for rates. What a tricky task this will prove. As our Fed watcher Philip Marey puts it, the Fed conveniently skipped the March forecast round and left it to others to prepare the public for the awful economic data that we have since seen. They can’t get away with that kind of trick again, surely? Let’s see if they agree with the horrendous expectations that the IMF, World Bank, and even real-time Fed data all hold.

In terms of its statement, the Fed is likely to focus on forward guidance on rates and asset purchases: it is a given that rates are on hold until normal economic service has been resumed, and then some, and also that the FOMC will continue to expand its special lending facilities even further despite the fact that the worst of the economic downturn is already behind us. However, the markets are only really going to be focused on four things:

Yet we should also add a fifth point of concern. As the Fed go “all in” on fiddling, can they ignore the other political backdrop in DC: street protests linked to inequality? Are the FOMC going to take account of the fact that they are deliberately worsening inequality with their actions? It may not be what they WANT to do; they may argue there is nothing else they CAN do given the tools they have; yet it has been clear for years that this is clearly what they are doing.

Don’t believe me that the Fed are worried about this? Note the recent Bloomberg opinion piece ‘Fed Needs Better Answers on Runaway Markets and Inequality’ that points out the New York Fed recently detailed a new event series called “The Fed and Main Street,” which aims “to discuss the challenges faced by vulnerable communities and highlight opportunities to work together toward an equitable economic recovery.” and underlines “Such a statement sounds a little tone-deaf after the events of the past few months.”…unless the Fed is going to repeat what Janet Yellen said a few years back: if the poor just had more assets then they wouldn’t be poor! Besides the incredible tautology there one hopes the Fed is asking itself “Is manipulating (mal-distributed) asset prices higher the best basis for achieving social justice?” The Bloomberg piece ponders if the Fed should include financial conditions in its rate modelling to raise rates if stocks race ahead too fast, in the same way they are prepared to do when wage growth threatens to pick up. Quite an Austrian argument!

Still don’t believe me that the Fed are culpable? Sheila Bair, former head of the FDIC, has publicly stated the Fed contributes to inequality and that monetary policy, which largely helps the wealthy, fails to adequately trickle down to other demographics, adding “I think it would be good for the Fed to acknowledge that and try to find better ways to use their tools in a way that doesn’t exacerbate the problem.” The problem is one either goes the Austrian route and raises rates, or one goes the MMT route and offers to buy Treasury bonds for specific social targets that reduce inequality. Do you think this Fed is ready for that, even as it fiddles with everything else? For now they are just thinking “zero” (rates) and “hero” for Wall Street: and so the risk is clearly they are also “Nero”.

Indeed, smell the burning with a woeful set of Asian data so far today. Japanese core machine orders plunged 12% in April, worse than the -7% expected, while Chinese CPI missed expectations at 2.4% y/y (consensus was 2.7%) and PPI came in at -3.7% y/y, down from -3.1% and vs. the expectation of -3.3%. Clearly Japan is deep in recession and China is deep in industrial deflation: which means that the PBOC, like the BOJ and the FOMC, is going to be fiddling a whole lot more going forwards too. Which would at least relieve some of the potential downwards pressure on USD while increasing it on CNY. 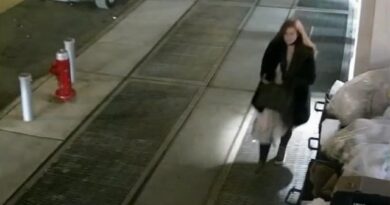