(CD) — The Trump administration renewed its attacks on the International Criminal Court on Thursday with President Donald Trump issuing an executive order imposing economic sanctions against ICC staff involved in the ongoing investigations into alleged war crimes by U.S. and Israeli forces, with travel restrictions also imposed on those ICC court officials and their family members.

“President Trump is grossly abusing emergency powers to block one of the only avenues left for justice to victims of terrible American human rights violations,” Hina Shamsi, director of the ACLU’s National Security Project, said in response to the move. “He has repeatedly bullied international organizations, and is now playing directly into the hands of authoritarian regimes by intimidating judges and prosecutors committed to holding countries accountable for war crimes.

“Trump’s sanctions order against ICC personnel and their families—some of whom could be American citizens—is a dangerous display of his contempt for human rights and those working to uphold them,” said Shamsi. 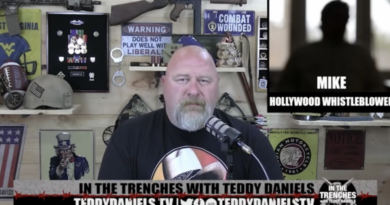 Screenwriter Exposes Hollywood Pedophilia on ‘In The Trenches With Teddy Daniels’

UR FEDERAL RESERVE CANCER RX IS READY FOR PICKUP