Traditional Chinese medicines (TCMs) are still widely used today for the treatment of many illnesses, especially serious diseases like heart disease, diabetes and cancer. Studies have found that Chinese herbal medicines are rich in active compounds that benefit the health in a variety of ways.

In the treatment of cancer, for instance, many TCMs are used not just to relieve the side effects of modern chemotherapeutic agents, but also to inhibit tumor growth. One of the oldest anti-cancer TCMs used by Ancient Chinese healers is the dried whole plant of Lagopsis supine (Ls), also known as xia zhi cao or whiteflower lagopsis.

Ls belongs to the mint (Lamiaceae) family, a large family of flowering, herbaceous plants to which culinary herbs like thyme, basil and rosemary, which have medicinal properties, belong. Widely used in TCM since ancient times, Ls has been described in “Shennong’s Herbal Classics,” an authoritative medical book believed to have been written in the 3rd century AD.

According to studies, Ls owes its medicinal benefits to its abundance in biologically active compounds, which include diterpenoids, triterpenoids, plant steroids, saponins, flavonoids, glycosides and alkaloids. In fact, crude Ls extracts have been found to have cardioprotective, anti-inflammatory, antioxidant and anti-hepatic cancer properties. In a recent study, Ls ethanol extracts also exhibited anti-cancer activity against colorectal cancer.

For their study, which was published in the journal BMC Complementary and Alternative Medicine, Chinese researchers investigated the tumor-inhibitory activity of Ls against colorectal cancer. This disease is the third leading cause of cancer-related deaths in the United States.

The researchers used four gradient concentrations of Ls to measure its ability to stop cancer cell growth. They then took note of changes in cell cultures 24, 48 and 72 hours after Ls treatment.

The researchers also determined the protein expression levels of pSTAT3, pJAK2, STAT3, JAK2, Bcl-2 and caspase 3, as well as the mRNA levels of genes downstream of STAT3.

STAT3 signaling is said to be involved in the regulation of tumor development. Meanwhile, caspase 3 is an enzyme that plays a central role in apoptosis, or programmed cell death.

Together with STAT3, JAK2 and their phosphorylated forms (pSTAT3 and pJAK2) are implicated in the persistent growth of cancer stem cells. Bcl-2, on the other hand, is linked to tumor resistance to apoptosis induced by chemotherapeutic drugs.

For their in vivo analysis, the researchers transplanted colorectal cancer cells into 60 nude mice, which they divided into five groups: the model group, the positive group (given 300?mg/kg of the chemotherapy drug, capecitabine) and the three groups that received 75, 150 and 300?mg/kg of Ls, respectively.

Then, they evaluated the anti-tumor effects of Ls by measuring the size and weight of tumors and determining the levels of pSTAT3 and pJAK2 in tumor tissues.

The researchers reported that Ls significantly inhibited the growth of human colorectal carcinoma cells and human colon cancer cells in vitro. Ls also decreased the expression of pSTAT3, pJAK2 and Bcl-2 in a dose-dependent manner. On the other hand, caspase 3 and Bax (pro-apoptotic protein) expression levels remarkably increased with Ls treatment.

Based on these findings, the researchers concluded that Ls exerts its anti-cancer effects on colorectal cancer cells by inhibiting cell proliferation and reducing tumor growth via the regulation of the JAK/STAT signaling pathway. 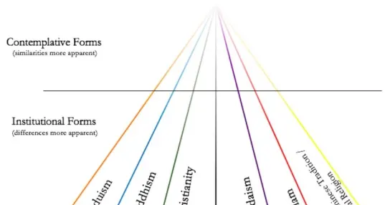 The US scrambles for relevance by addressing the Yemen War