The rise of Black Lives Matter terrorism and their seizing of downtown Seattle through the use of violence, demands a law-and-order response. But the feckless Mayor of Seattle kowtows to the terrorists, and the Governor of Washington is a Soros-controlled left-wing puppet who relishes in the idea of America being destroyed.

The police have surrendered the territory, and the National Guard has been literally disarmed and ordered to stand down, even as left-wing rioters set fire to buildings and hurl chunks of concrete as deadly weapons, now injuring hundreds of law enforcement officers nationwide.

When the mayors and governors won’t do their jobs, and the police are ordered to stand down, and the National Guard is disarmed in order to appease a group of Black Lives Matter / Antifa terrorists who are burning America’s cities, the U.S. Constitution allows for one final defense against tyranny, violence and terrorism: The Second Amendment.

The Second Amendment is now activated in America

All law-abiding Americans who own firearms now have the constitutional right to deploy those firearms in defense of their cities, their lives and their 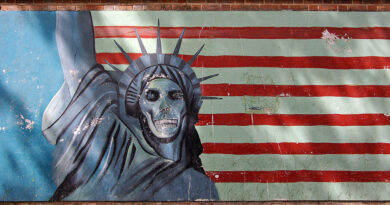