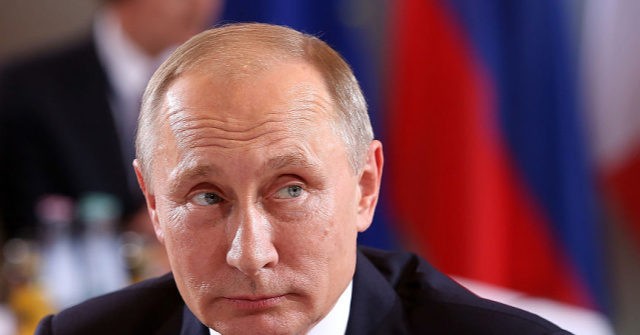 Russian President Vladimir Putin said in an interview on Sunday the riots that erupted in America after George Floyd’s death were “the manifestation of some deep domestic crises” triggered by the election of President Donald Trump.

“When he won, and his victory was absolutely obvious and democratic, the defeated party invented all sorts of bogus stories just to call into question his legitimacy,” Putin contended, as quoted by Russia’s state-run TASS news agency.

“It seems to me that the problem is that group party interests, in this case, are placed above the interests of the entire society and the interests of people,” he said of partisan political influences on the unrest in American cities.

Putin said “nothing good” can come from human rights campaigns that pick up elements of “radical nationalism and extremism.”

“When campaigns for natural, legal rights take the shape of violence and looting, I see nothing good for the state here,” he said.

Putin touted Russia’s supposedly superior response to the coronavirus, claiming that Russia, unlike the United States, has been “working rather smoothly and emerging from the situation with the coronavirus confidently and with minimal losses.”

Putin described the riots as a “destructive phenomenon” and painted Russia as a more harmonious multi-ethnic society.

“This is Russia’s strength, the strength of our multi-ethnic state and multinational people. We should hold onto this,” he declared.

Although Putin chose not to mention it, Dagestan ended up with what its leaders described as a coronavirus “catastrophe” marked by angry allegations that the government downplayed the risk of the virus and lied about the number of people who died.

“People could see the dead piling up, and it long ago became clear the official statistics have no basis in reality,” one humanitarian aid worker complained in May.

“As for things linked with relations between the white population and African Americans, it is a long-standing problem in the United States. By the way, we, both in the former Soviet Union and in Russia, have always been sympathetic about African American’s struggling for their natural rights. Always,” Putin added.

Putin concluded with a surprisingly optimistic prognosis for the U.S., describing it as a “very strong democratic power” whose fundamental principles should help it overcome the current state of unrest.

The New York Post pushed back against Putin’s odd coronavirus triumphalism by noting that Russia, like other authoritarian nations, provides coronavirus infection and death statistics that are “met with skepticism” by outside observers, and even if Russia’s figures are taken as accurate, it still has one of the worst coronavirus outbreaks in the world.

Many Russian citizens have accused their government of dramatically undercounting coronavirus cases, and even the World Health Organization, which reports equally dubious figures from Communist China with little public skepticism, has described Russia’s low death count as “unusual.”

For that matter, China is clearly suspicious of Russia’s coronavirus claims and says many of the infections in the “second wave” of coronavirus it is currently dealing with were imported across the Russian border.

As Tech Companies Purge Users, Here Are Some Alternatives