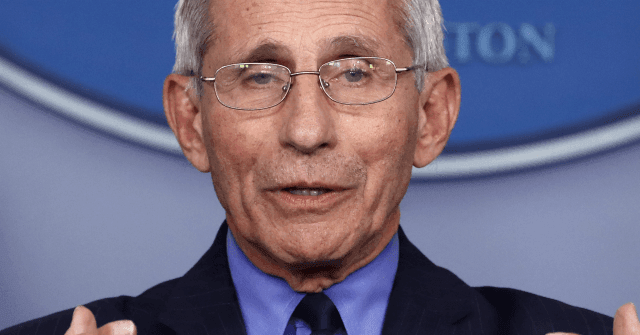 There probably will not be a Major League Baseball season this year. Though, if there is, Dr. Anthony Fauci says it shouldn’t extend past September.

In an interview with the Los Angeles Times, the head of the National Institute of Allergies and Infectious Disease said that the baseball season would need to end before the second wave of the coronavirus hits.

“If the question is time, I would try to keep it in the core summer months and end it not with the way we play the World Series, until the end of October when it’s cold,” Fauci told the Times. “I would avoid that.”

Coronavirus cases have been on the rise even in warmer areas of the country as some states begin to open up. But Fauci said that if baseball is going to be played, it should be done mostly in the summer.

Fauci expressed some frustration at how the virus continues to “fooling us.”

“This virus is one that keeps fooling us,” Fauci said. “Under most circumstances — but we don’t know for sure here — viruses do better when the weather starts to get colder and people start spending more time inside, as opposed to outside. The community has a greater chance of getting infected.
“The likelihood is that, if you stick to the core summer months, you are better off, even though there is no guarantee. … If you look at the kinds of things that could happen, there’s no guarantee of anything. You would want to do it at a time when there isn’t the overlap between influenza and the possibility of a fall second wave.”

If MLB were to comply with Fauci’s recommendation, even if MLB and the Players Association could strike a deal, the season would likely consist of far less than 50 games. Maybe even less than forty. On Monday, MLB Commissioner Rob Manfred expressed doubt about the prospects of a season happening at all.