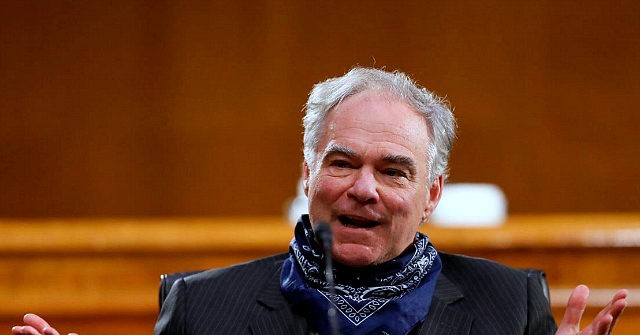 Claim: Sen. Tim Kaine (D-VA) claimed during a floor speech on Tuesday that the United States did not inherit slavery but rather “created it.”

Verdict: False. Slavery existed long before the creation of the United States of America, dominating ancient cultures and kingdoms across the globe for thousands of years. Moreover, it was America’s founders who began posing serious moral questions over the institution, ultimately paving the way for its eradication in the nation.

“We need to do much more within the criminal justice system but also within all of our systems to dismantle the structures of racism that our federal, state, and local governments carefully erected and maintained over centuries,” Kaine said on Tuesday, stating that the first African Americans “landed in colonies that didn’t have slavery.”

“We created it, and we created it and maintained it over centuries,” he added.

Even though we have stopped those practices, Kaine said, “we’ve never gone back to undo it.”

“Stopping racist practices at year 350 of 400 years, but taking no effort to dismantle it, is not the same as truly combating racism,” Kaine said:

Sen. Tim Kaine: “The United States didn’t inherit slavery from anybody. We created it.” pic.twitter.com/VM86sRrtn1

Despite Kaine’s assessment, slavery was not a concept birthed by the founders of the U.S., having existed long before the creation of what came to be known as the United States of America. History is fraught with slavery among various races, cultures, and religions, spanning back to kingdoms and empires across the ancient world — from the Ottoman Empire, to the Byzantine Empire, to China’s Shang dynasty, to the Aztec Empire, to ancient Egypt. What is more, the founders of America were among the first to seriously question the morality of the institution, which had been both accepted and embraced by the world for thousands of years.

Of all the tragic facts about the history of slavery, the most astonishing to an American today is that, although slavery was a worldwide institution for thousands of years, nowhere in the world was slavery a controversial issue prior to the 18th century. People of every race and color were enslaved – and enslaved others. White people were still being bought and sold as slaves in the Ottoman Empire, decades after American blacks were freed.

Everyone hated the idea of being a slave but few had any qualms about enslaving others. Slavery was just not an issue, not even among intellectuals, much less among political leaders, until the 18th century – and then it was an issue only in Western civilization. Among those who turned against slavery in the 18th century were George Washington, Thomas Jefferson, Patrick Henry and other American leaders. You could research all of the 18th century Africa or Asia or the Middle East without finding any comparable rejection of slavery there. But who is singled out for scathing criticism today? American leaders of the 18th century.

It is clear from the private correspondence of Washington, Jefferson, and many others that their moral rejection of slavery was unambiguous, but the practical question of what to do now had them baffled. That would remain so for more than half a century.

Kaine’s bold claim, that the U.S. “created” slavery, is contradicted by thousands of years of world history and is thus, demonstratively false.

“I guess the ancient Egyptians were practicing something else to build the pyramids then,” one wrote.

“Whew, I’m sure that’s a big relief to the Greeks, Romans, and Ottoman empires. What a moron this guy is,” another quipped.

“The worst part is that some people will believe this,” another lamented, as other commenters called for Twitter to fact-check his claim.

Kaine’s false claim follows weeks of political opportunists seizing on widespread civil unrest, originally sparked by the May 25 death of George Floyd. Progressive politicians and activists have since called for the defunding of police departments and have argued that America is teeming with systemic racism within its institutions.

Meanwhile, the brutal institution of slavery is still embraced in many areas of the world, from China and its mistreatment of Muslim Uyghurs to the active slave trade in Libya. 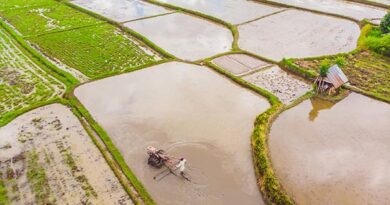