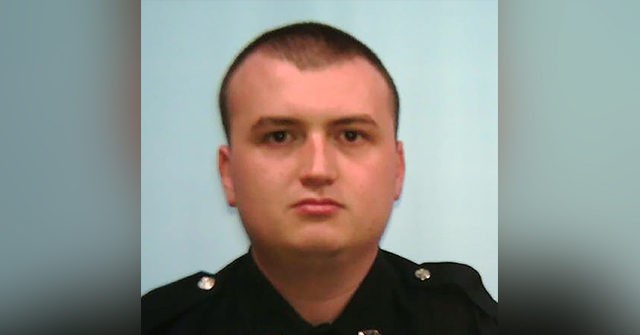 Atlanta police officer Devin Brosnan, one of the two officers involved in the fatal shooting of Rayshard Brooks, suffered a concussion and other injuries during the altercation with the 27-year-old, the officer’s attorney revealed during a Wednesday discussion with CNN’s Chris Cuomo.

“Devin ends up taking out his Taser and yelling at him to ‘stop fighting, stop fighting,’” said Don Samuel, an attorney for Brosnan. “Mr. Brooks grabbed the Taser from him and shoots … Devin gets shot with the Taser.”

At that point, Brosnan fell over, landed on the pavement, and got a concussion, Samuel explained, adding that prosecutors in the case did not examine the medical records of the officer.

Brosnan and former officer Garrett Rolfe responded to incident in a Wendy’s parking lot on Friday, leading to the deadly altercation with Brooks, who resisted arrest after failing a field sobriety test, leading to a struggle with both officers. During the altercation, Brooks obtained an officer’s taser and attempted to flee the scene, which led to a chase.

“Officers pursued Brooks on foot and during the chase, Brooks turned and pointed the Taser at the officer.  The officer fired his weapon, striking Brooks,” the Georgia Bureau of Investigation stated.

Samuel said the concussed Brosnan didn’t even realize Brooks had been shot when he “put his foot on the arm to make sure he didn’t have access to a weapon” as he lay on the ground.

“It’s not an assault. It’s a man suffering from a concussion,” he added.

Fulton County District Attorney Paul Howard Jr. contends that Brooks “did not pose an immediate threat of death or serious physical injury,” stating that he was “running away at the time that the shot was fired.”

“We have also concluded that Rolfe was aware that the Taser in Brooks’ possession, it was fired twice, and once it’s fired twice it presented no danger to him or to any other persons,” Howard stated on Wednesday.

The Georgia Bureau of Investigation released a stunning statement following the district attorney’s announcement of charges, revealing that it was “not aware of today’s press conference before it was conducted,” nor were investigators “consulted on the charges filed by the District Attorney.”

“Despite today’s occurrence, the GBI will complete its mission of completing an impartial and thorough investigation of this incident and we will submit the file, once completed, to the Fulton County District Attorney’s Office,” GBI stated:

The Georgia Bureau of Investigation was requested by the Atlanta Police Department on Friday night, June 12th, to…

Posted by Georgia Bureau of Investigation on Wednesday, June 17, 2020

Wednesday night was inundated with reports of Atlanta police officers “walking off the job” amid the mounting tensions:

The Atlanta Police Department, while seemingly playing down the reports, acknowledged that it was experiencing a “higher than usual number of call outs with the incoming shift.”

Earlier suggestions that multiple officers from each zone had walked off the job were inaccurate. The department is experiencing a higher than usual number of call outs with the incoming shift. We have enough resources to maintain operations & remain able to respond to incidents.