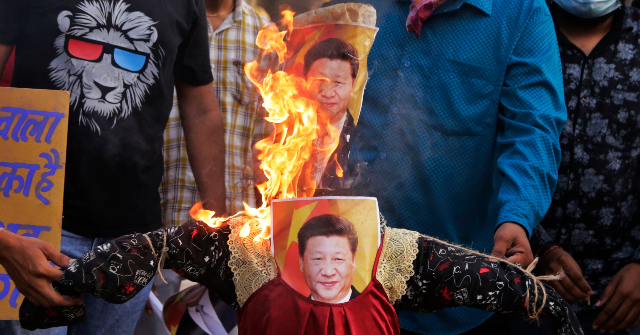 The brutal killing of nearly two dozen Indian soldiers and an unconfirmed number of Chinese communist fighters at the nations’ mutual border on Monday prompted widespread protests in India Wednesday against the importing and purchasing of Chinese goods.

The Twitter hashtags #BoycottChineseProducts and #ChineseProductsinDustbin were flooded with videos and commentary from Indian citizens ceremonially throwing away products made in China or joining in street protests burning Chinese products. Multiple incidents were also recorded of groups of people gathering in Indian cities to abuse and burn effigies of Chinese dictator Xi Jinping.

An extended battle, reportedly lasting as much as eight hours, occurred on Monday between Indian and Chinese troops in the Galwan River Valley on the border between India and communist-occupied Tibet. Indian officials confirmed the deaths of over 20 of their soldiers, while China admitted to some “casualties” without providing a number. Indian media asserted, citing intelligence reports, that China suffered between 35 to 50 casualties.

As Chinese and Indian border soldiers do not carry firearms, the soldiers used stones and sticks wrapped in barbed wire to kill each other. Many reportedly died of hypothermia from the frigid Himalayan temperatures and others fell to their deaths from the steep cliffs.

Indian authorities say that the brawl began when Indian troops found Chinese People’s Liberation Army (PLA) soldiers pitching a tent on the Indian side of the border. When confronted about the violation of sovereignty, Indian reports claim that the Chinese soldiers attacked with makeshift weapons. The Chinese Foreign Ministry has claimed, providing no prior context, that the Galwan River Valley has always been Chinese territory and the Indian troops were wrong to confront their PLA counterparts.

China is India’s top exporter, but only its third-largest importer, sending over $90 billion in goods west across the border in 2018, the latest year for which World Bank data is available. Indian manufacturers and political activists have launched multiple campaigns to significantly diminish this number in light of the Galwan attack.

On Tuesday, the small business organization Confederation of All India Traders (CAIT) published a list of hundreds of Chinese businesses and products to boycott, urging Indian citizens to invest instead in local entrepreneurs. Hindu nationalist organizations and political pundits also began campaigns recommending not just an end to future purchases of Chinese products, but the destruction of Chinese goods already in one’s home.

Among the most popular campaigns online is under the hashtag #ChineseProductsinDustbin, where Indian citizens are posting videos of themselves throwing household items made in China in their trash.

I pledge from today that I will not shop Chinese items!

A thorn is taken out by another thorn, in the same way I will use the Chinese items available with me against China.#BoycottChina #chinaindiaborder #BoycottChineseProducts #IndiaChinaBorder pic.twitter.com/bWx8caIIoO

#ChineseProductsInDustbin China need a lesson of life , I have decided to boycott , Have you? Please support the Army and the Nation. @1chetanrajhans pic.twitter.com/Ze32ZYTblU

“You must have all got to know what happened. By treachery, unarmed officers and soldiers of the Indian Army were brutally murdered by the Chinese. This was total betrayal … nothing but murder,” retired Major Ranjit Singh, the head of a local community group in the Defence Colony neighborhood of Delhi, said in an audio message advocating for boycotts, according to India’s NDTV.

“Today, as your president, I declare Defence Colony is at war,” Singh reportedly said. “Unfortunately we cannot take up guns and bullets but definitely there are other means. We can break China’s backbone economically and today I request you all, with immediate effect, shun Chinese goods and if you have any lying in your house, please throw them out.”

Among the most popular videos on social media is one allegedly featuring former lawmaker Guddu Pandit taking an ax to an effigy of Xi – pants and a shirt stuffed and outfitted with a printed-out photo of Xi’s face – and hacking it to pieces while it burns.

In Hyderabad, citizens burned another effigy and photos of the president, stepping on the ashes.

“I request Prime Minister Narendra Modi to conduct a surgical strike against China in the same way it was done against Pakistan. We have burnt pictures of the Chinese President and their flag to show our rage,” an unnamed protester reportedly told the news agency ANI.

It’s not always the #IndianArmy which has to fight for us, even as a responsible citizen we can do our bit.

Citizens shown anger over Chinese Products & Burnt it in Public place at Anjar of Kutch#BoycottChineseProduct pic.twitter.com/QJYWhES2lG

The pressure has resulted in some businesses vowing to no longer sell Chinese products. A Bengalese business named “Hong Kong market” reportedly vowed to change its name to prevent offending local clientele.

“We have decided to change the name of Hong Kong market. We will also stop selling ‘made in China items’ in our market. If we sell local products, they will be more cost-effective for the buyers as there will be no duty charges levied upon them,” market committee president Tapan Saha explained. Bengal reportedly attracted hundreds of protesters against Chinese products.

India’s Department of Telecommunications reportedly warned domestic companies on Thursday not to sign deals with China’s major telecom companies, Huawei and ZTE, which have found themselves blacklisted from much of the free world for espionage and intellectual property theft activities. The chief financial officer of Huawei, Meng Wanzhou, is currently on trial in Canada for alleged violations to sanctions on Iran.

The Chinese Communist Party has responded to the uproar with threats through its state media arm, the propaganda newspaper the Global Times.

“While assessing the new tensions at the border, India should understand that China’s restraint is not weak. The two nations should cherish their precious development opportunities and maintain good bilateral ties,” a Global Times column published Wednesday read. “It would be extremely dangerous for India to allow anti-China groups to stir public opinion, thus escalating tensions.” 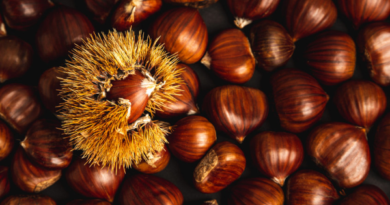 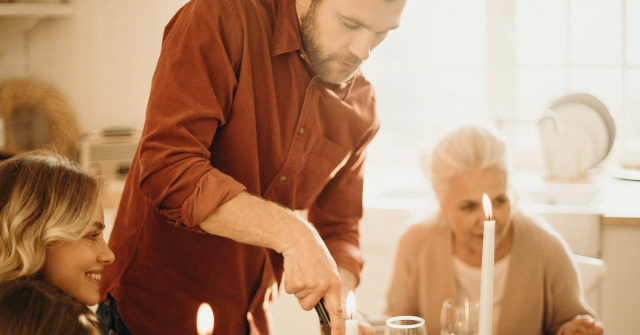 Can Europe Survive Next Winter Without Russian Gas?