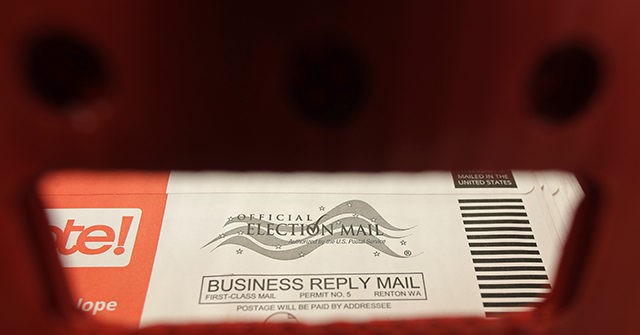 Former Washington Secretary of State Sam Reed told Breitbart News in an exclusive interview on Thursday that states may want to exercise caution when setting up a mail-in voting system, saying that it cannot be set up in a “haphazard manner.”

Mail-in voting has become an increasing interest for many states as the coronavirus outbreak has made many citizens concerned about voting in person. However, some experts, such as House Administration Committee Ranking Member Rodney Davis (R-IL) and Reed, believe that mail-in voting could lead to substantial voting problems if state officials do not establish adequate safeguards.

In Reed’s interview with Breitbart News, he detailed that a successful mail-in balloting system such as Washington state’s must be carefully set up to avoid potential election abuse and fraud.

“It is very complicated, very sophisticated, and can’t be done in a haphazard manner,” Reed said.

“It’s going to take training on everything; they can’t just start doing this. They have to have a very sophisticated and professional level of training to do it,” he added.

Reed said that every successful mail-in ballot system must:

Reed said that they have been working on this mail-in system since 1983, first moving up from simple measures on to grant the state bonds, to primary elections, and then to full elections.

He explained, “The most important thing is that every signature of every ballot is checked, that is checked against the voter registration of the voter, and is checked by a person in our state who has trained by the Washington state patrol on how to spot forgeries. Also, that there be rigorous rules as to what constitutes a valid signature. People don’t sign their names the same all the time … there are standards on how many characters need to be the same in order for it to be counted. The second point is that people change their signatures; this is particularly true of young people and elderly people. In our state, we get a ballot; if the signature is not the same or not in our criteria, we have a process for contacting the voter right away you don’t want to deny a person their right to vote in America just because their signature has changed. So we contact them and let them know their signature was not comparable to the original one.”

Reed emphasized that voters need time to adjust to voting by mail. He said, “There has to be training of the voters; they’re used to voting in a certain way. They’re at home and one thing required is that there is a secret ballot that they put the ballot in first. To protect the secret ballot, it then would include signature and date. You need to have a system to resolve issues with these ballots, is this signature really correct, did they really get it in on time? Some states require the ballots by Election Day.”

The former Washington secretary of state noted that states such as Washington have plenty of resources to verify a person’s address and eligibility to vote over the mail.

For instance, many states came together to establish the Electronic Registration Information Center (ERIC), a nonprofit dedicated to assisting states to improve the accuracy of America’s voter rolls and increase access to voter registration. ERIC has 30 state members, including the District of Columbia. Reed said that they have a system with the United States Postal Service (USPS) to double-check a voter’s address. Reed said that he also integrated the National Death Index to purge a recently deceased person from the voter rolls.

Reed added that, compared to poll-site elections, they could more frequently update and verify a voter’s address.

He said, “Just switching to vote by mail because they’ve had poll-side elections the addresses that they have, many of them are going to be out of date. It’s because of when the person registered, so many people have moved. There are 15 percent of people move every year. And, with vote by mail we’re able to keep up with it when we send stuff out comes back with the address correction and address unknown we try to track them down in a variety of ways. That’s going to be the real challenge for those states that are going to switch over.”

“I worked with the national Social Security system and the national death index to contact us right away when they are contacted about people dying so that we don’t mail off those ballots,” he said.

Reed said that Kim Wyman, Washington’s current secretary of state, told him that the other 49 states and Peurto Rico have reached out to her about setting up a mail-in voting system.

“One advantage that they have now is that they do have states like Washington and Oregon, particularly those who have had extensive experience with that, they can steal our ideas and techniques and our standards. We’re very willing to share that,” he said.