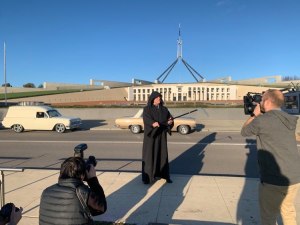 MEMBERS of the federal Liberal National Party Government have voted against restarting Australia’s car manufacturing industry, and shutdown debate on the motion which was moved by Kennedy MP, Bob Katter.

Mr Katter said the end of the Holden brand was a national shame and a dark day for the country.

“The Government’s Free Trade agreements have destroyed our manufacturing industry,” he said.

The treacherous free trading and deregulating Liberals and Nationals voted against Grim Reaper Bob Katter with old model Holdens in the background.  He moved a motion to restart the car industry. “The only things this mob in Parliament House export is jobs and industry,” an angry Mr Katter told media.

“I called on the Government to re-establish an Australian car manufacturing industry with a majority Australian shareholding; and put relevant policies in place to ensure that all cars purchased under federal government contracts are made in Australia. 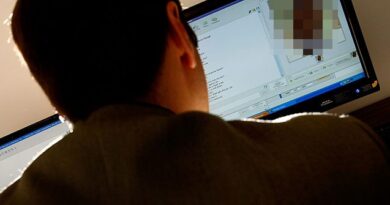