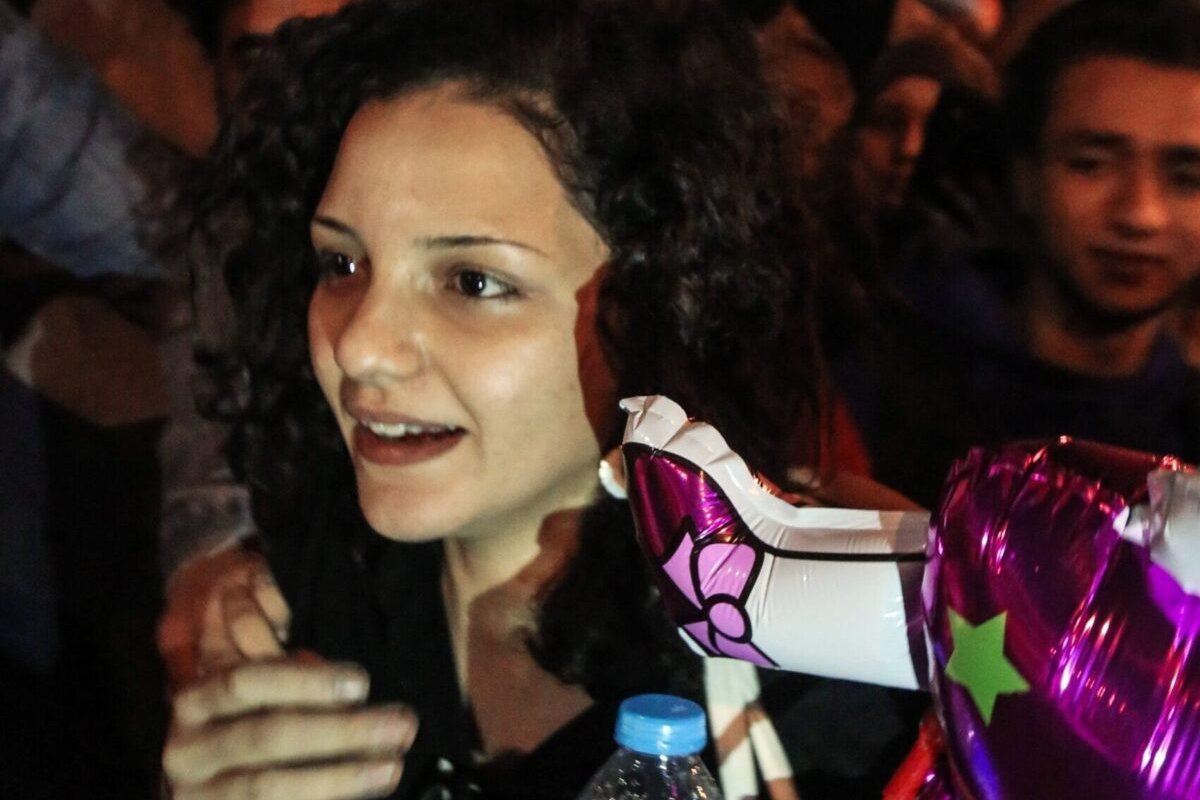 Sanaa Seif, the sister of political prisoner Alaa Abdelfattah, has been kidnapped outside the attorney general’s office in a van by state security officers.

Alaa’s relatives were at the attorney general’s office to file a complaint after they were beaten outside Tora Prison.

The family were dragged by their hair and their clothes torn by beltagaya, government hired thugs, as the police looked on and did nothing to help.

His sisters, Mona and Sanaa, and mother Laila Soueif were outside the prison where Alaa is being held, waiting for a letter to be delivered from Alaa.

Since the coronavirus pandemic started political prisoners have not been allowed family visits and letters are being prohibited from leaving the prison.

Alaa was arrested in September last year as part of a sweep of activists and former prisoners at that time in response to Egyptian whistleblower Mohamed Ali’s calls to protest.

Alaa had only been out of prison for six months after serving a five-year sentence for organising a protest without authorisation.

He was granted conditional release on probation and had to spend every night in a police station for five years.

Political prisoner Alaa Abdelfattah was transferred to Tora’s maximum-security prison Al-Aqrab 2, kept in a cell with poor ventilation and prevented from buying food and water from the prison canteen [Committee To Protect Journalists/Twitter]

Not long after his arrest from the police station, news spread that he was stripped, blindfolded, beaten and verbally abused. His lawyer Mohamed Al-Baqer was also arrested and ill-treated.

Alaa was transferred to Tora’s maximum-security prison Al-Aqrab 2, kept in a cell with poor ventilation and prevented from buying food and water from the prison canteen.

In April Alaa went on hunger strike for a month to protest against the conditions of his detention and the fact that his family haven’t been allowed to visit him since the start of the coronavirus pandemic.

On 18 March his mother and aunt were imprisoned after they held a protest calling for the release of prisoners, but were released shortly afterwards.

Over recent months, images of his mother have circulated showing her lying down in front of the prison where she was trying to deliver medicine.

Dollar Is Running Out Of Currencies To Rally Against