The Walt Disney Company will completely overhaul its popular Splash Mountain rides at the Magic Kingdom in Florida and Disneyland in California following accusations that the theme park attraction features racist imagery from the 1946 Disney movie Song of the South.

Disney said Thursday that the revised Splash Mountain will be adapted from the 2009 Disney animated movie The Princess and the Frog, which features a black heroine.

We’re thrilled to share Splash Mountain at @Disneyland & @WaltDisneyWorld will be completely reimagined with a new story inspired by an all-time favorite @DisneyAnimation film, “The Princess and the Frog.” Learn about what Imagineers have in development: https://t.co/HyKfdDSH3j pic.twitter.com/DV6476KAVX

In its announcement, Disney made no mention of the growing social media pressure against Splash Mountain.

The ride, which debuted in 1989, consists of a log flume journey through an animatronic world from Song of the South, culminating in a thrilling drop of more than 50 feet through rapid waters.

But since Black Lives Matter protests have swept through the country, there has been mounting pressure against Splash Mountain. An online petition that gathered 21,000 signatures called the attraction “problematic” due to its “racist 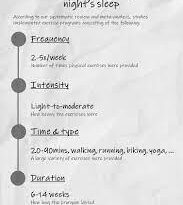