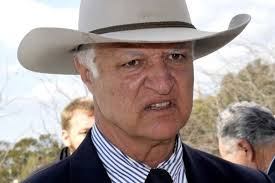 Kennedy MP, Bob Katter said the figures made him sick to the stomach, but didn’t surprise him in the slightest knowing the traitors who were running the country.

“As outrageous as the figures are, they are wildly inaccurate,” he said.

“They don’t take into account the shareholding of Australian companies that belong to foreigners, which would make the overall foreign ownership of water entitlements and land much higher.”