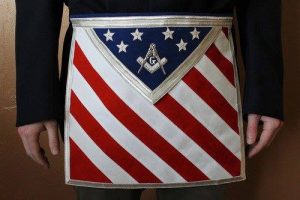 After an investigation that lasted several months, I have found thanks to the help of other Freemasons, a lot of evidence that the once glorious institution of U.S. Freemasonry has been infiltrated and compromised in most of the country by the dark forces of the left, Islamists, and Satanists. Now you might disregard the Satanic or religious aspect of it if you are not a believer, but there is a political one you can’t ignore as a Freemason in good standing.

Traditionally, as all Freemasons know, by not permitting the discussion of politics or religion inside American lodges you maintain a better atmosphere of harmony and peace that both these subjects can, unfortunately, bring up in other environments, but that’s no longer the case, at least in America.

In New Mexico for example a 32° Freemason was balloted out from a lodge for simply wearing a Proud Boys hat, and in Arizona, a Brother was reprimanded in front of his brothers by his Worshipful Master for wearing a MAGA hat on his way to the lodge. The basic principle in Freemasonry is to be respectful and fair to everyone regardless of their ideology and beliefs.

This is fundamental to why Freemasonry was founded and why it is still in existence today. Masonic brethren should respect each other, and this includes leaving your political or religious stand outside the lodge. However, for the first time since the Civil War,  Freemasonry in the U.S. is once again divided by politics and religion with entire lodges dedicated to a political inclination. In most cases bringing Freemasonry into disrepute by not respecting the basic rules of the Craft 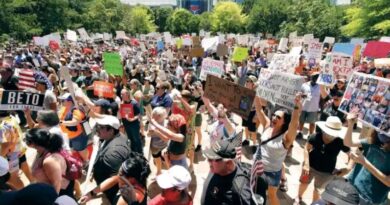 The Southern Poverty Law Center Vanishes Its Insufficiently Woke Past 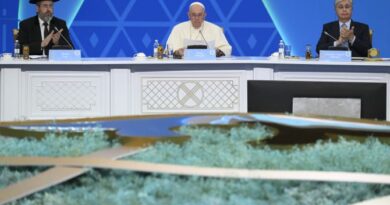 Pope Francis said Health Issues prevented him from going to Ukraine, but he went to Kazakhstan instead to Lay the Foundations of the One World Religion