Republicans have made quite a lot of hay out of presumptive 2020 presidential nominee Joe Biden’s frequent gaffes, and at times have questioned the former vice president’s ability to serve as commander-in-chief given those qualities.

However, Sen. Chris Coons (D-DE) says Biden’s slip-ups are a far cry from President Donald Trump, who Coons accused of “intentionally” sending out tweets “with errors and typos,” adding that showed an effort to divide, during an interview with CNN host Michael Smerconish that aired Saturday.

“Well, Michael, he may attempt to,” Coons replied. “The reality is all of us elected know as you just referenced if you’re in front of a mic for 10, 12, 16 hours a day, frankly with cell phones on TV or being recorded in some way digitally all the time. You make minor missteps and gaffes. Everybody knows that Joe Biden didn’t think 120 million people died. He just misspoke. But in the age of Trump, where President Trump chooses to tweet out intentionally, 2:00 and 3:00 a.m. rants that are not just un-factual, that are not just error-filled — they are in some ways hateful distractions from the focus of our country.”

“I think it is awfully rich 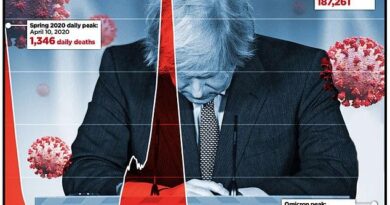