Washington is concerned by the growing Russian influence in Libya as Turkish-led forces are preparing to storm the port city of Sirte, controlled by the Libyan National Army.

On June 26, the US embassy in Libya released a statement claiming that it condemns a “foreign-backed campaign to undermine Libya’s energy sector and prevent the resumption of oil production.”

The statement said that the US shares the “deep concern” of the National Oil Corporation affiliated with the Turkish-backed Government of National Accord about “the shameful interference” of foreign private military contractors against “NOC facilities and personnel at the al-Sharara oil field, which constitutes a direct assault against Libya’s sovereignty and prosperity.”

According to the NOC, on June 25 a convoy of vehicles of Russian private military contractors and other foreign personnel entered the Al-Sharara oilfield and met with representatives of the Petroleum Facilities Guard, a local armed organization allied with the Libyan National Army (LNA) led by Field Marshal Khalifa Haftar. The NOC’s chairman Mustafa Sanalla claimed that foreign forces work to “prevent the resumption of oil production” there.

Al-Sharara is the largest Libyan oil field with total proven reserves of 3 billion barrels and an average output of 300,000

THIS NEEDS TO BE STOPPED NOW! THE PCR TEST IS A KILLER WATCH THIS 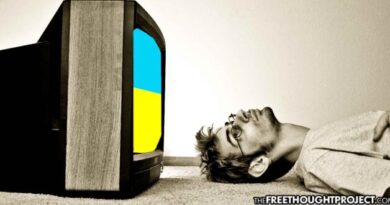 As the Masses Get Bored with Ukraine, Rest Assured a New MSM Boogeyman is On Its Way