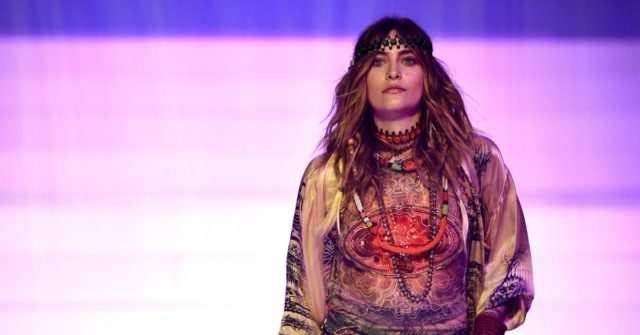 Hundreds of thousands of people have signed a petition to demand the blocking of the upcoming film Habit in which Paris Jackson reportedly plays the role of a “lesbian Jesus.”

The petition on Change.org calls on Warner Bros and other distributors to reject this “blasphemous Hollywood film” that sees Jackson play the role of Jesus alongside model and actress Bella Thorne, who plays a woman with a Jesus fetish pretending to be a nun in order to hide from the criminal drug world.

It also claims Jesus is depicted as a “lesbian woman,” although this has yet to be confirmed by producers. The petition reads:

A new blasphemous Hollywood film is predicted to come out soon depicting Jesus as a lesbian woman. The film ‘Habit’ stars Paris Jackson who plays the role of ‘lesbian Jesus. Distributors haven’t picked it up as of yet, so let’s please spread awareness and wake people up to the Christianophobic garbage that is spread nowadays, but is somehow accepted and praised by society.

A separate petition set up by One Million Moms, a subsidiary of the conservative American Family Association, has also received tens of thousands of signatures. In their argument, organizers make the point Hollywood studios would

America’s Appetite For Guns Has Soared Since Dot-Com Bubble

Umm… are we the baddies?