The Turkish ambassador to Paris yesterday accused France of having a biased policy over Libya and turning a blind eye to violations of the UN arms embargo by the United Arab Emirates and Egypt to the benefit of eastern Libyan commander Khalifa Haftar.

“When one supports the legitimate government [Government of National Accord] we’re accused of playing a dangerous game but when some countries like Egypt and the UAE support Haftar, then they are deemed legitimate and it’s not dangerous. I’d call that biased, no?,” Ismail Hakki Musa said during a hearing session of French senators.

Commenting on the UAE and Egypt’s support for Haftar, Musa added that  the two countries were dealing with the matter “selectively, which enhances the support provided to the Haftar army.”

Turkey supports the internationally-recognised Government of National Accord (GNA), providing air support, weapons and allied fighters, while Egypt and the UAE back Haftar’s forces in the east of the country.

Ankara accuses Paris of supporting Haftar politically, having previously given him military assistance to fight Islamist militants. Paris denies the accusations. In response, French President Emmanuel Macron this week said Turkey had a “criminal responsibility” in the country. 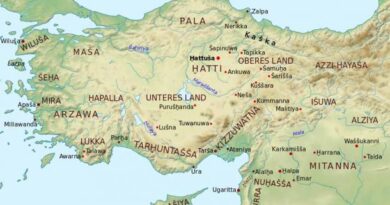 The royal bloodline of the Hittite empire

(Reader: A Fellow Patriot) Response to Ten Essenes about “Welcome to Suicide Weekend”

(Reader: Jeff) This Does Not Make me Feel Good