Schumer said, “President Trump from day one has shown such weakness to Vladimir Putin that an autocratic power-grabbing man like him will constantly take advantage and he has been doing that through the years. Right now, with everything going on, with Russia being one of the biggest foes that we have, Trump calls for them joining the G-8, you know making the G7 a G8 and adding them in. When every other country says no way.” 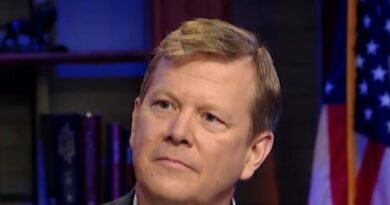