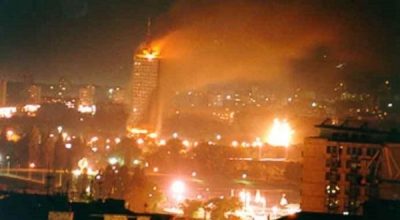 When President Clinton dropped 23,000 bombs on what was left of Yugoslavia in 1999 and NATO invaded and occupied the Yugoslav province of Kosovo, U.S. officials presented the war to the American public as a “humanitarian intervention” to protect Kosovo’s majority ethnic Albanian population from genocide at the hands of Yugoslav president Slobodan Milosevic. That narrative has been unraveling piece by piece ever since.

In 2008 an international prosecutor, Carla Del Ponte, accused U.S.-backed Prime Minister Hashim Thaci of Kosovo of using the U.S. bombing campaign as cover to murder hundreds of people to sell their internal organs on the international transplant market. Del Ponte’s charges seemed almost too ghoulish to be true. But on June 24th, Thaci, now President of Kosovo, and nine other former leaders of the CIA-backed Kosovo Liberation Army (KLA,) were finally indicted for these 20-year-old crimes by a special war crimes court at The Hague.

From 1996 on, the CIA and other Western intelligence agencies covertly worked with the Kosovo Liberation Army (KLA) to instigate and fuel violence and chaos in Kosovo. The CIA spurned mainstream Kosovar nationalist leaders in favor of gangsters and heroin smugglers like Thaci and his cronies, recruiting them as

JUST IN – Sweden will lend up to 250 billion kronor to electricity companies to save them from technical bankruptcy, Finance Minister Damberg announces.