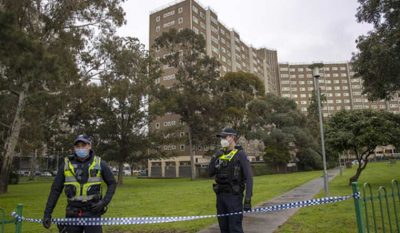 The state of Victoria is being sealed off from the rest of Australia.  On Tuesday, at 11.59pm, the border with New South Wales will be shut with publicised resoluteness.  It is happening at the insistence of politicians across the country with a panicked urge.  On the way are reminders about the miracle that was federation in 1901.  That a Commonwealth was ever formed from the Britannic nuts and bolts of an invasive penal settlement was remarkable, given the otherwise innate hostilities, not to mention competitiveness, the states had shown to each other.

The last time this happened was a touch over a century ago, when the borders were sealed in a response to the ravages of pneumonic influenza, inaccurately named Spanish flu.  The venture is going to be heavily policed.  Human personnel, drones and surveillance equipment will be deployed.  55 ground crossings including four major highways, 33 bridges, two waterways, various numbers of train stations and airports will be subjects of interest.  Even with this, there is scepticism.  Viruses will find their carriers and unwitting accomplices, however impressive the policing effort.

The closure, according to Victorian Premier Daniel Andrews, will be “enforced on the New South Wales side, so