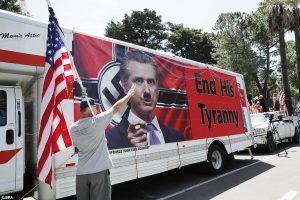 Ever since, a growing number of Faith leaders have been speaking out against California Gov. Gavin Newsom’s ban. Sean Feucht, a worship leader at Bethel Church, who also leads several non-profits in Northern California, called the order an “unprecedented attack” on the freedom of worship and said he is defying the Democrat governor’s ban. Let’s remember that “Governor Newsom is openly hostile to a biblical view of life, family, and liberty,” like California Family Council President Jonathan Keller reminded us after he was sworn into office in January 2019.

The former San Francisco mayor, who is pro-abortion and pro-same-sex marriage wants to destroy religion in all shapes and forms. On top of that, the symptoms of leftist ideology that have ruined so many nations in the past, have turned vast parts of California under Newsominto poverty, crime, and despair. However, none of this matters to the anti-Trump elite that loves to appear to be for the people.

These leaders see themselves as revolutionaries bent on spreading a movement away from God and toward socialism. The future for the church in California is—without any doubt—one of controlled speech and regulated activity, just like in Communist China.I pray that we take a stand against the destruction of America by voting Trump in November and for all the lost souls of California to find Jesus.

Get Leo’s New Edition of 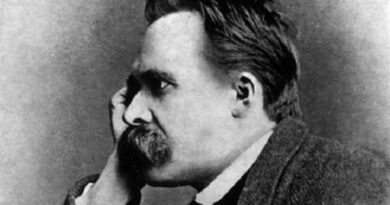 The FBI, the State, and the Death of Peoples